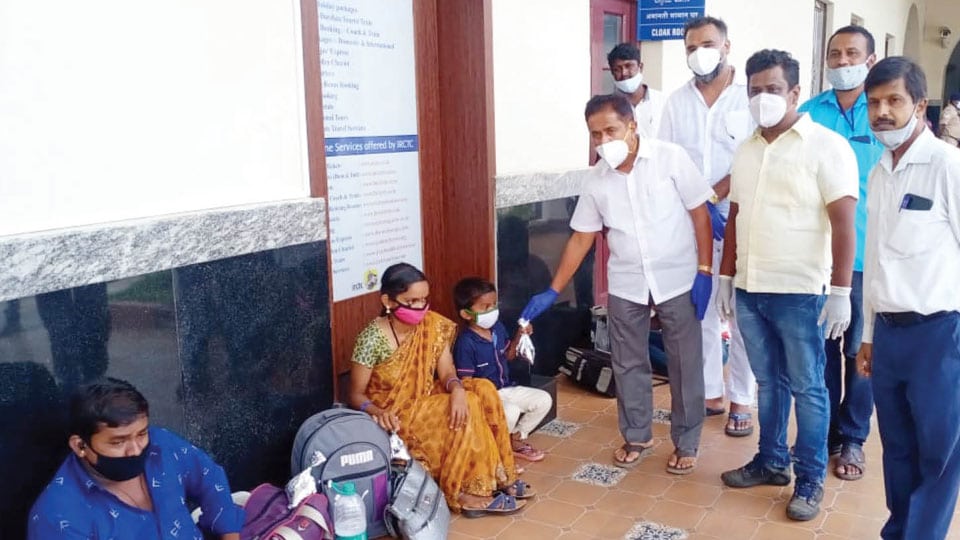 As the news of the lockdown spread through social media, migrant workers employed in different parts of the district have started leaving the city fearing larger restrictions.

They thronged the Railway Station yesterday to return to their native places including Bihar and Rajasthan as well as far off places like    Sollapur and Khanapur.

Hundreds of migrant workers were seen at the City Railway Station yesterday, waiting for their train and carrying heavy luggage and water bottles.

Leaders Rohit, Gunashekar and others were also present.