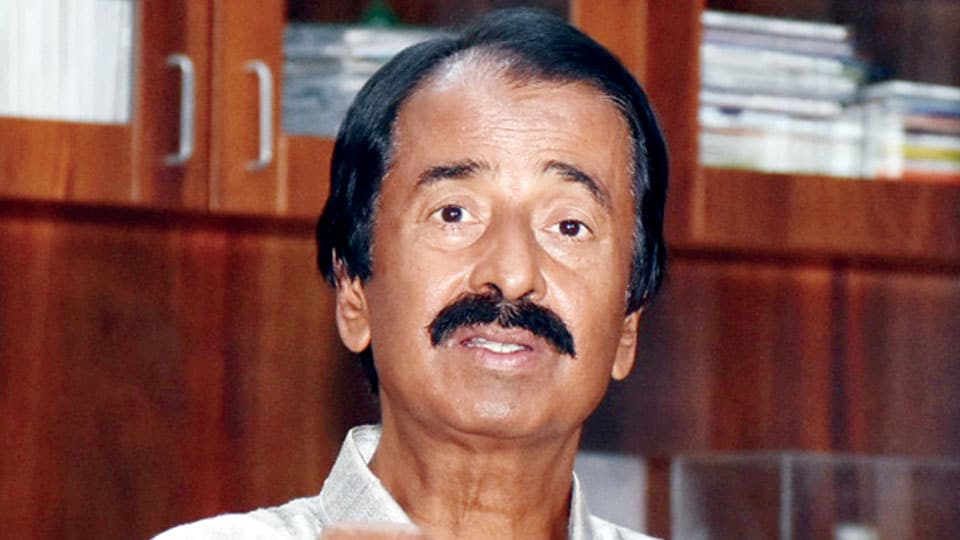 Mysore/Mysuru: Former MLA and Senior Congress leader Vasu will distribute ration kits to the poor and needy from tomorrow (May 17).

Announcing this at a press meet at his residence in Jayalakshmipuram here on Friday, Vasu, a former Congress MLA of Chamaraja Assembly segment, said that ration kits distribution will be launched at Mahadeshwara temple premises in Paduvarahalli (Vinayakanagar) at 11 am  on May 17 in the presence of Suttur Mutt Seer Sri Shivarathri Deshikendra Swamiji and Adichunchanagiri Mutt Seer Sri Nirmalanandanatha Swamiji.

Pointing out that the list of beneficiaries covering all MCC wards has been prepared, he said that the beneficiaries include persons from all sections of the society irrespective of their caste, creed or religion.

Maintaining that he and his family members had distributed ration kits and medicines to the needy earlier in the city and taluk during COVID-19 lockdown without much publicity, he said that the distribution to be launched tomorrow will be on a massive scale and added that all the wards will be covered in phases.