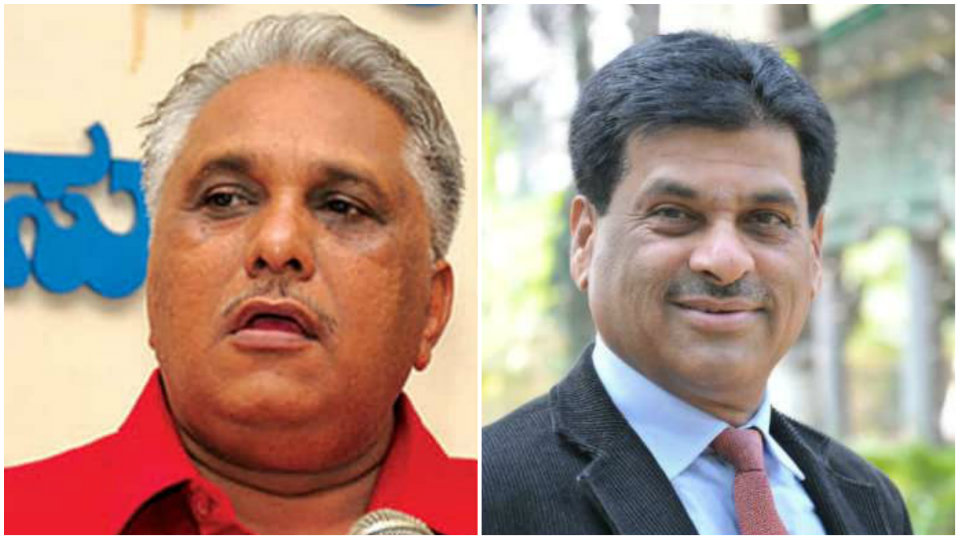 Mysuru:  Former MLC G. Madhusudan called for an open debate with former University of Mysore and KSOU Vice Chancellor Prof. K.S. Rangappa and KSOU VC Prof. M.G. Krishnan regarding the irregularities in KSOU. Addressing a press conference here this morning, he said that he had written a letter to Education Minister G.T. Devegowda to fix a date for the public debate.

He charged that Prof. Rangappa called him a Gokmukha Vyagra but he was a vyagra (tiger) while the former was a cunning fox and added that both Rangappa and Krishnan had spoiled the lives of the students of KSOU.

Alleging that Prof. R. Rajanna who has returned as the Registrar of University of Mysore was appointed directly by Chief Minister H.D. Kumaraswamy, he said that this has been done to facilitate Prof. Rangappa to do backdoor manoeuvring influencing the decisions in the University.

He demanded the removal of Prof. Rajanna immediately and to initiate action against Prof.Rangappa for the alleged irregularities in the appointments of 124 non-teaching posts in the University.