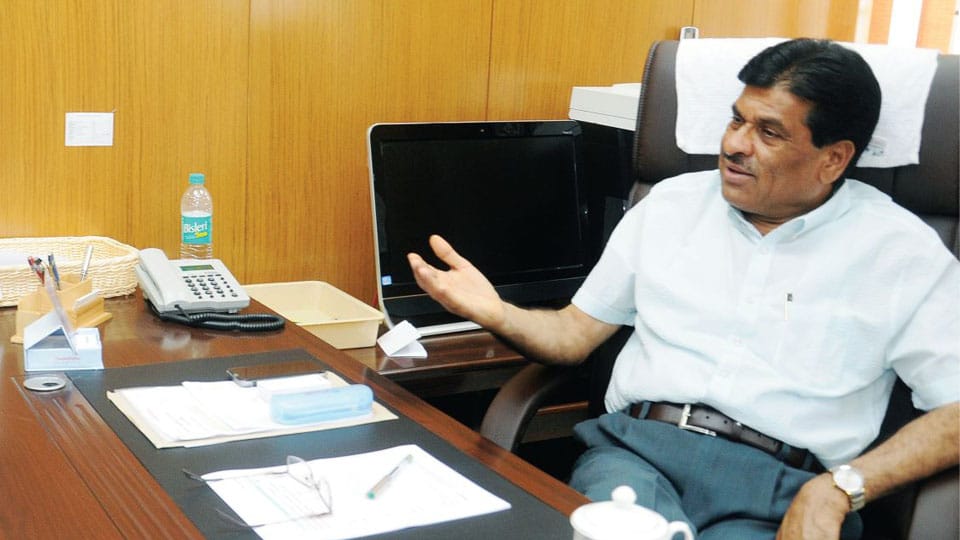 Saligrama (K.R. Nagar): Former Vice-Chancellor of the University of Mysore (UoM) Prof. K.S. Rangappa has said that he would join politics in order to bring in a change in academics.

“Former Prime Minister and JD(S) Supremo H.D. Deve Gowda and State JD(S) President H.D. Kumaraswamy have been pressurising me to join JD(S) to strengthen the education sector in the State and to bring about radical changes in academics,” he told reporters yesterday after attending a programme at the Government First Grade College at  Saligrama.

“I am not entering politics to indulge in politics, but, the JD(S) leaders are asking me to join the party to reform the education system,” he added. When asked from which constituency he would contest, Prof. Rangappa said that he would contest from Chamaraja Assembly segment in the 2018 elections.

It may be mentioned here that Prof. Rangappa is a close relative of former PM H.D. Deve Gowda.

JDS Prof. K.S. Rangappa
Search Panel to finalise UoM V-C probables will meet in May
KAS topper is from Mysuru