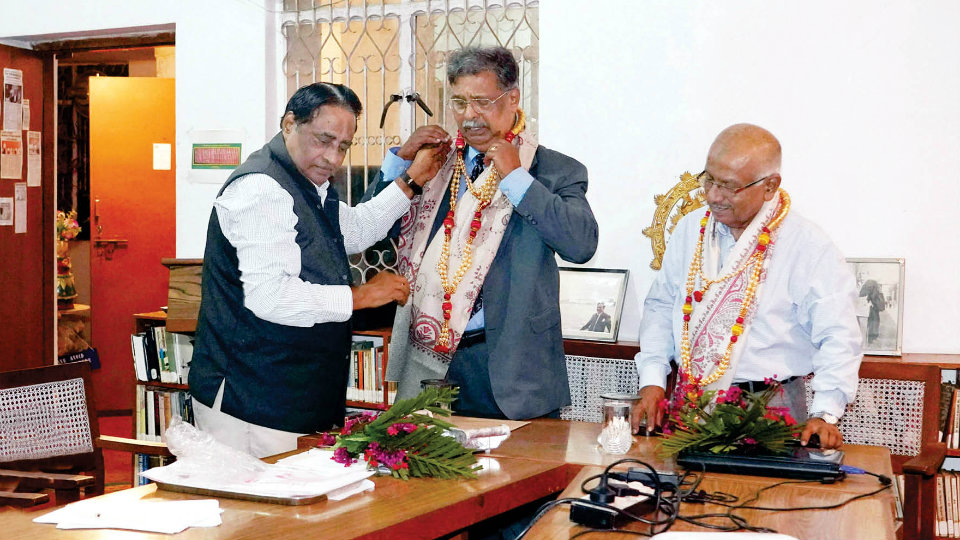 Mysuru:  “Why doesn’t India have one University which figures in the top 100 or even 200?” was the question posed by former Vice- Chancellor of Jammu & Kashmir and Pondicherry Universities Prof. J.A.K. Tareen.

He was speaking on ‘Higher Education’ with the theme “World Class Universities :Characteristics and Challenges before Indian Universities,” organised at Dhvanyaloka, here recently and in an incisive analysis spoke about the academic scenario presently prevailing in Indian Universities.

Making a power point presentation, Prof. Tareen listed various reasons among them being absence of “critical mass of students and faculty”, “multi-discipline campuses”, diversity of students, of staff, academic freedom, flexibility, thrust on research, etc., for the existing malady plaguing our educational set-up. The talk was followed by a lively interaction.

Presiding over the function, former VC of University of Mysore and the President of Forum of Former Vice-Chancellors of Karnataka  Universities (FVCK) Prof. S.N. Hegde observed most significantly that “a University has to evolve, it cannot be created.” His own concept of a University envisaged a strong research output.

Dhvanyaloka Director Prof. C. N. Srinath, in his welcome address, pleaded at the outset for doing away with categorising education as primary, secondary or higher, but instead view them as one unit, simply as education, in the interest of education itself and even society.

Invoking the inspiring examples of Cardinal Newman, Ruskin and Arnold who have spoken about University education, he concluded with the legendary F.R. Leavis, who authored a whole book on Education and University and rightly looked upon a University as the “nucleus of a community.”