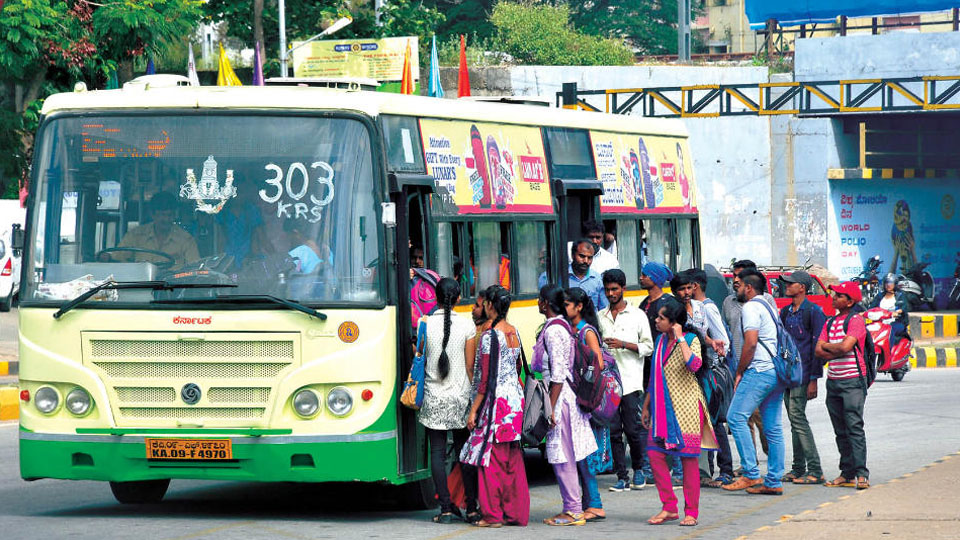 AIDYO District President Harish said that CM H.D. Kumaraswamy (HDK) had stated in the Budget that free bus pass for students which was implemented by the previous Congress Government will be continued. But the new Government has failed to do so and is delaying to issue free pass to students. Hence, a State-wide bandh had been called, he said.