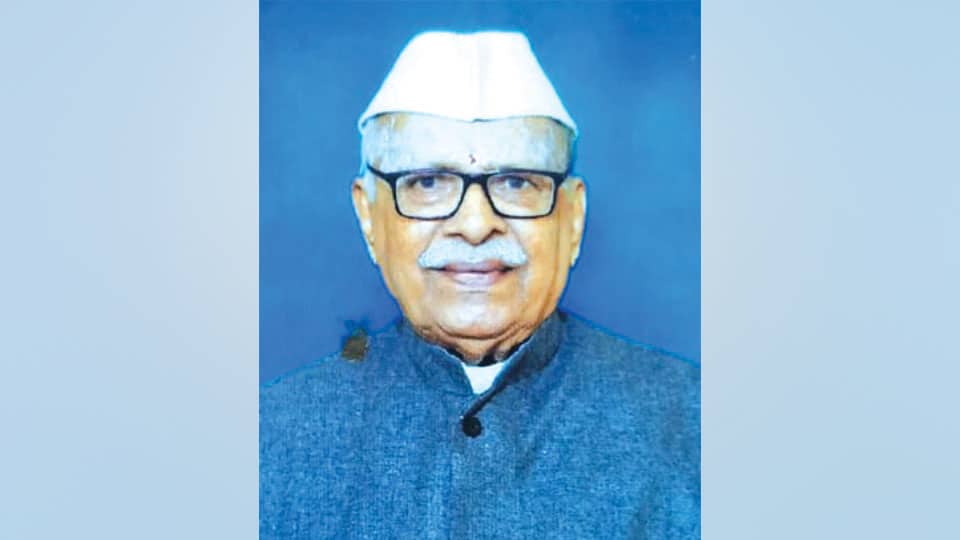 A resident of Brindavan Extension, he leaves behind a daughter, son-in-law and a host of relatives and friends.

Last rites will be performed upon the arrival of his daughter from Netherlands, according to family sources.

Born in Maralawadi village in Kakanahalli of Bengaluru district, Dr. Krishnamurthy was influenced by freedom struggle on learning about it from his teacher at Gandhian Sorekaidoddi Kariyappa’s Rural High School at Kakanahalli. He then took his first step towards it as a school kid during Quit India Movement at the village in 1942.

He had also taken the lead role during Mysore Chalo Movement in 1947.