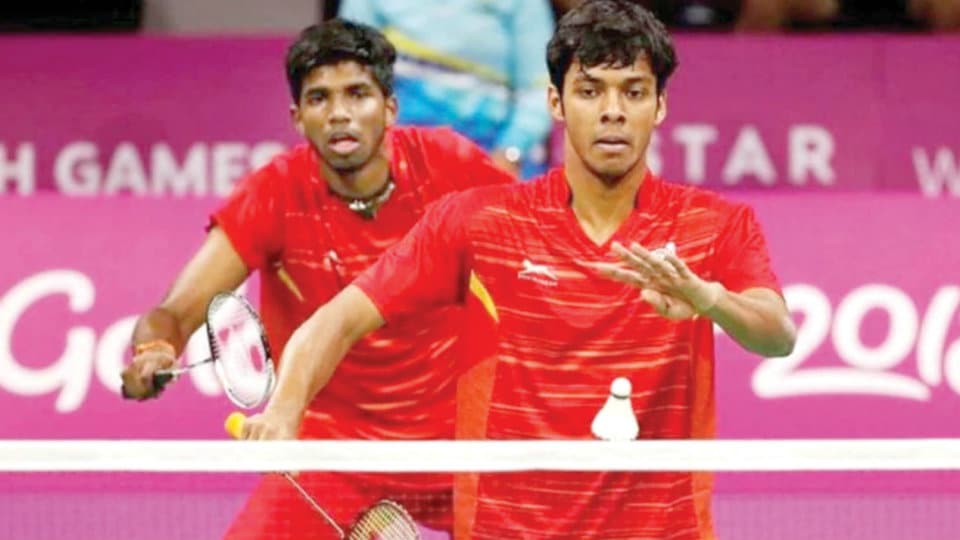 The Indian men’s doubles pair of Satwiksairaj Rankireddy and Chirag Shetty ended up as runners-up at the French Open Badminton Tournament after they lost the summit clash in straight games against World No. 1 pairing of Marcus Fernaldi and Kevin Sukamuljo.

In what turned out to be a one-sided final, the Indian duo was outclassed 18-21, 16-21 in just 35 minutes by the top seeds from Indonesia on Sunday. In the opening game, Satwik and Chirag lagged behind from the start, giving a 9-4 lead to their opponents. The Indian pair, however, tried their way to crawl, but were still trailing at the mid-game break.

After the break, there was no stopping for the top-ranked Indonesian pair as they made the Indian duo struggle and went on to clinch the first game 21-18. In the second game, the story was much similar as the World No.1 pair showed their class and easily went on to win 21-16, thereby clinching the top honours.

Despite the loss, the pair’s effort was commendable as this was the first time that an Indian men’s doubles pair had reached the final of World Tour 750.

The Indian duo, which claimed its maiden Super 500 title at the Thailand Open in August this year, had a decent run in Paris as they beat World No. 2 Indonesian pair of Mohammad Ahsan and Hendra Setiawan in the second round before outclassing higher-ranked Japanese pair Hiroyuki Endo-Yuta Watanabe and Danish pair Kim Astrup-Anders Rasmussen.