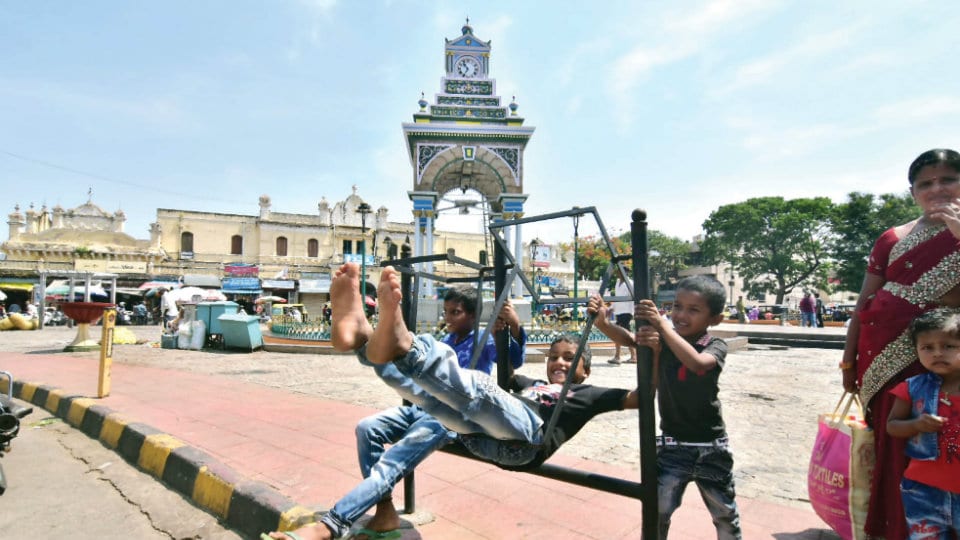 Mysuru:  The ingenuity that Indians are known for, are always on display like converting a moped (the once famous Luna scooter) into multiple uses, carrying scores of children in autorickshaws to school meant only for three persons and the list goes on.

This uncanny ability to turn the apathy of the Mysuru City Corporation officials of not replacing the garbage bins (which had disappeared) at the Chikkagadiyara premises opposite the south entrance of Devaraja Market into something more productive was on display again.

The iron stand which held two plastic garbage bins have been stolen and the children are now using the stands, which somehow work as a swing, with lot of glee and total abandon.

Even though it has become a common sight to see the kids making use of the stands as swing, the question that arises is how the MCC which is supposed to be the guardian for upkeep of the city has totally ignored the vanishing of the garbage bins meant to collect the waste. If this is their attitude one must ask, why one should co-operate to keep the city clean?