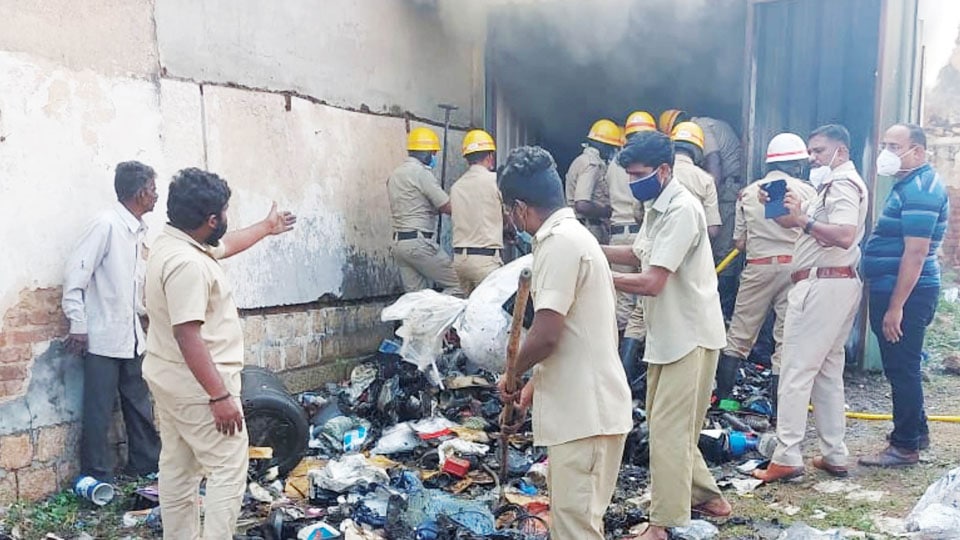 Members of the public, who noticed fire immediately informed the Saraswathipuram Fire Station and also to the MCC Abhaya team.

Soon, Fire and Emergency Services personnel of Saraswathipuram Fire Brigade, who rushed to the spot, managed to douse the fire and prevented the fire from spreading further.