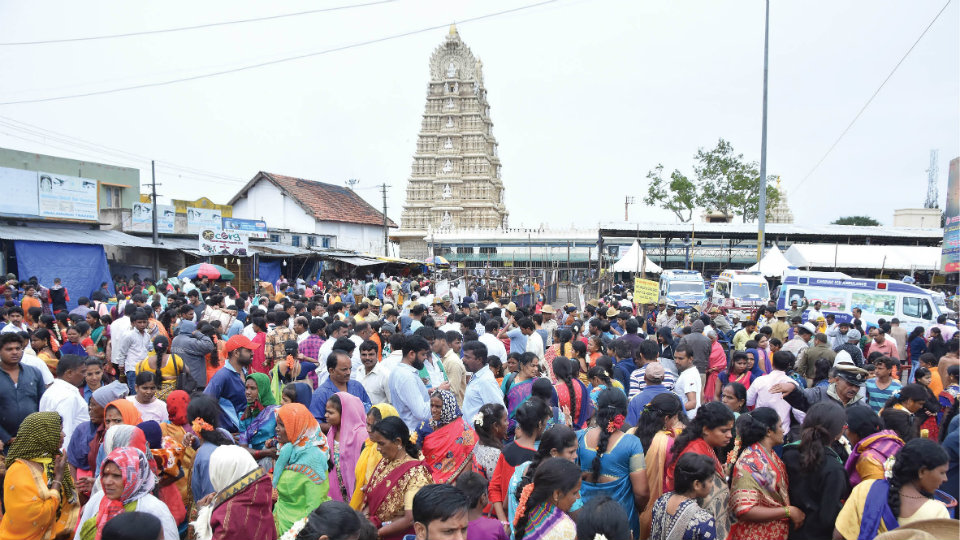 Mysuru: Miscreants have stolen a gold chain and a purse containing cash from a woman, who was boarding the bus atop Chamundi Hill on the last Ashada Friday.

Sumalatha, who had been to Chamundeshwari Temple along with her sister and daughter Kumari, had kept her gold ornaments and cash in a small purse and kept it in her vanity bag before having the darshan of the Goddess.

At about 2 pm, they proceeded to the bus stand atop the hill and were boarding the bus in a rush when miscreants stole the purse containing valuables and cash, according to Sumalatha, who has lodged a complaint at KR Police Station.

The victims have lodged complaints in this regard at the jurisdictional KR Police Station.