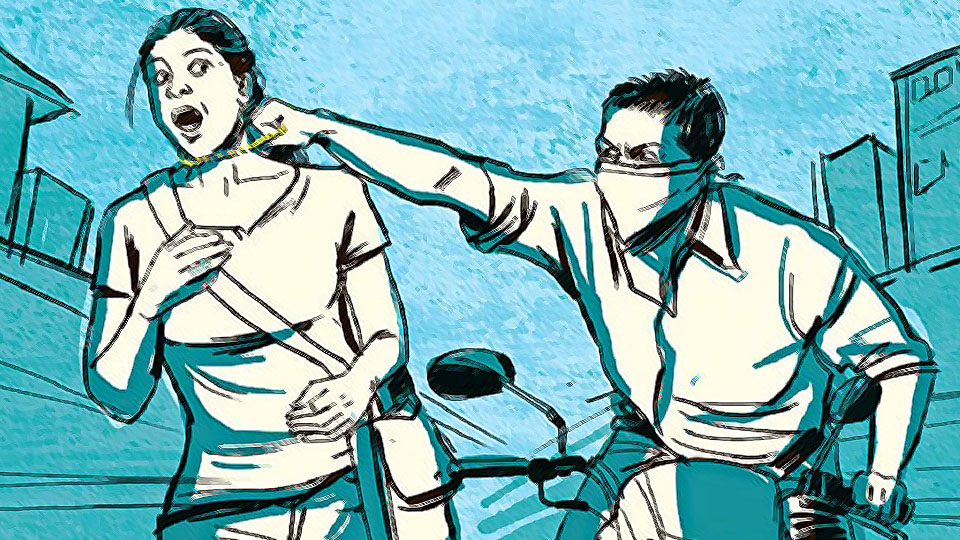 Mysuru: Bike-borne miscreants have snatched a gold chain from a woman at Vidyaranyapuram last evening.

The victim is Gowramma, a resident of Vidyaranyapuram. According to Police, Gowramma, in her complaint, has stated that she had been to her friend’s house and while she was on her way back, four persons on two bikes were following her and later snatched her 30 grams gold chain and sped away.

Vidyaranyapuram Police, who have registered a case, are investigating.