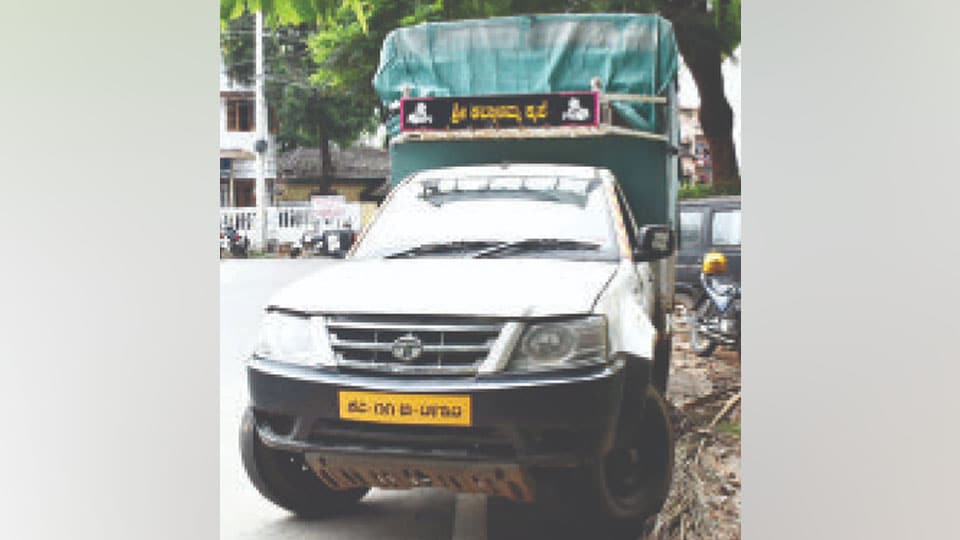 Nazarbad Inspector Srikanth and staff, who intercepted the goods vehicle (KA-11B-0930) near the Ring Road, took the driver into custody and enquired him during which the Police came to know that the goods vehicle was illegally transporting PDS rice to Mandya.

Food and Civil Supplies Department Joint Director M. Shivanna, speaking to ‘SOM’ said that the driver is being interrogated to know from where the PDS rice was being transported and the persons behind it. A case has been registered at Nazarbad Police Station.