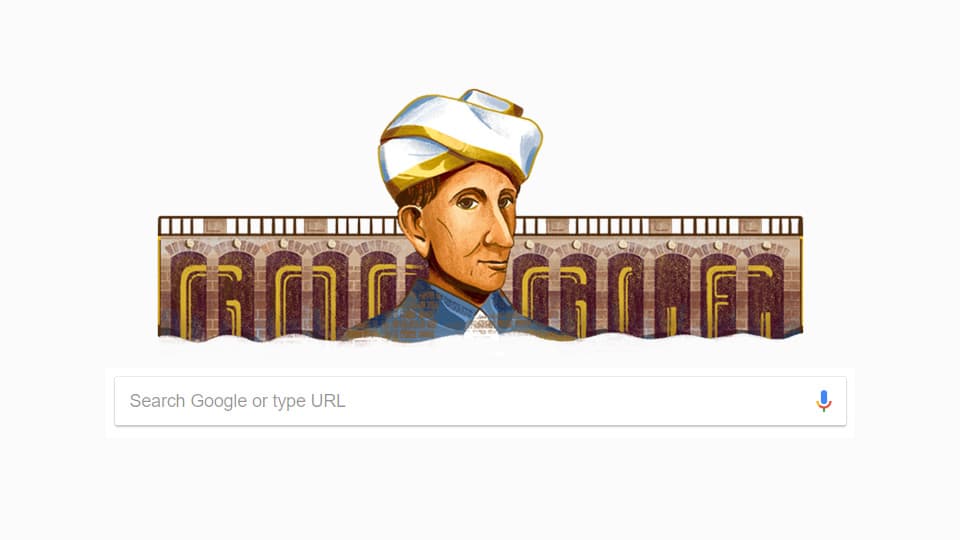 New Delhi:  Search Engine Google has dedicated its doodle today to celebrate Sir M. Visvesvaraya’s 158th birthday, who is known to have lived by the phrase, “Work is Worship.”

Mokshagundam Visvesvaraya’s birthday is celebrated today as Engineer’s Day. Fondly referred to as Sir MV, M. Visvesvaraya was a world-renowned civil engineer who was a master of irrigation design. He was also referred to as the ‘Father of Engineers’ by many as he devoted his entire life to engineering.

The doodle today has a colour sketch of Sir MV with a sketch of a bridge in the background. The bridge, among M. Visvesvaraya’s most notable projects, is a representation of the Krishna Raja Sagara (KRS) Lake and Dam.

In 1924, Sir MV designed the KRS Dam, the largest reservoir in India at the time, and oversaw the construction of the project. The Dam is known to have provided drinking water for several cities.

Modi in his tweet says, “On #EngineersDay, I congratulate our hardworking engineers and appreciate their dexterity as well as dedication. Their role in nation building is extremely vital. I also pay tributes to the noted engineer, Shri M Visvesvaraya, on his birth anniversary.”