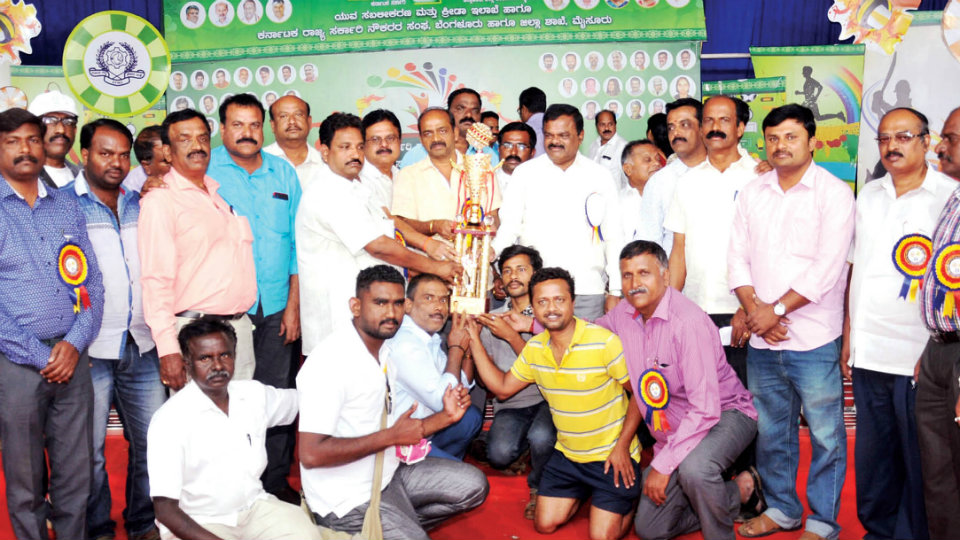 Mysuru: Mysuru district has bagged the Overall Trophy in the three-day State-level State Government Employees Sports Meet, which was organised jointly by the Department of Youth Empowerment and Sports (DYES), Mysuru and Bengaluru branches of the Karnataka State Government Employees Association and Mysuru District Administration, at Chamundi Vihar Stadium in Nazarbad here.

The Mysuru district team, which performed well in various disciplines at the Meet, garnered 123 points and bagged the first prize followed by Belagavi in the second place with 93 points.

400 mts: B. Annappa of Shivamogga (First), Dr. B. Padmanabha of Mysuru (Second) and S.K. Puttanna Gowda of Davanagere (Third).