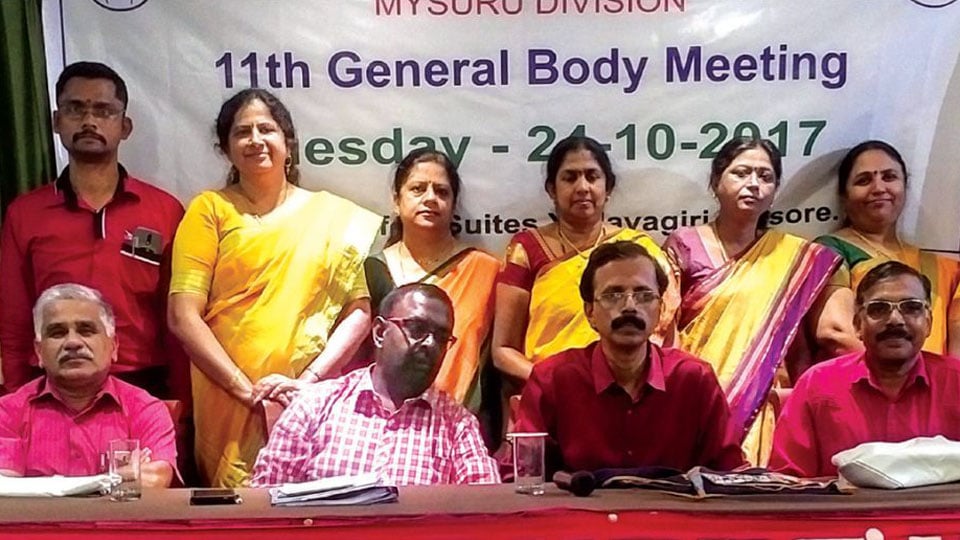 The meeting discussed about the present political and economic scenario of India as well as Karnataka. Opposing the GST on premium of Insurance policies which are of social security nature to the people covering risk of life and movable and immovable properties, the meeting urged the Government to withdraw GST on Insurance.

The following resolutions were passed in the meeting: Strongly oppose the Government’s move  to destabilise the PSUs by privatisation and issue of IPOs of Public Sector Insurance Companies.

They also resolved to make a pertinent demand to LIC management to go for recruitment in Class-III & Class-IV cadre in view of large scale exits by way of retirements and death and no major recruitment being done in the cadres of Class-III and IV for more than two decades.

The  following were unanimously elected as new office- bearers of the Union at the General Body Meeting: