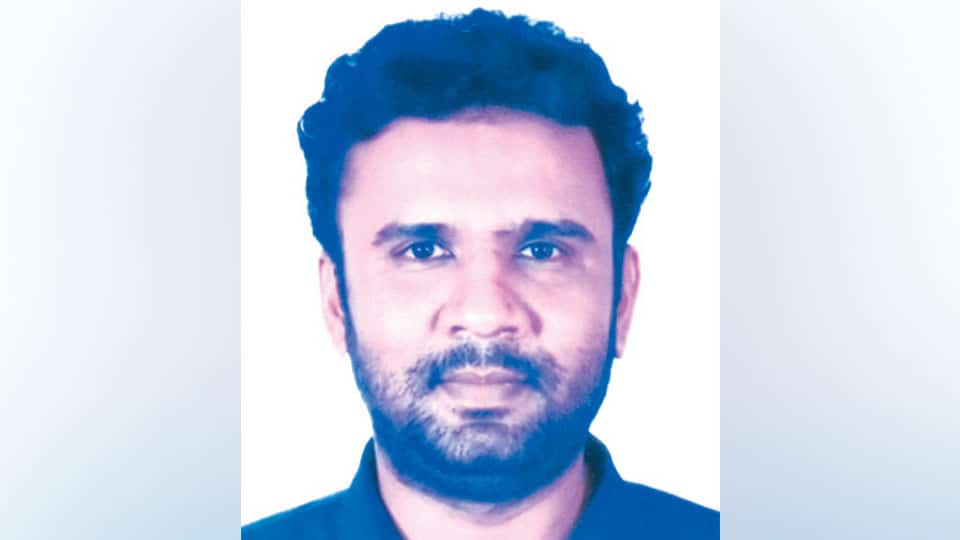 Mysore/Mysuru: A Guest Lecturer in the Organic Chemistry Department of Manasagangothri, who had returned from a tour of Turkey, has gone missing. The missing Lecturer is 33-year-old Dr. T.R. Swaroop, a resident of University Quarters on Chaduranga Road.

According to the complaint lodged by Swaroop’s wife A.S. Punyashree with Jayalakshmipuram Police, Swaroop, who had been on a study tour to Turkey on Feb. 1, returned to city on Mar. 2 and since then, he (Swaroop) was not speaking to anyone properly.

She has further stated that on Mar. 7, Swaroop left the house in the morning saying that he was going to the Department and has not returned since then.