Home » News » ‘Handloom industry must be protected and promoted’ 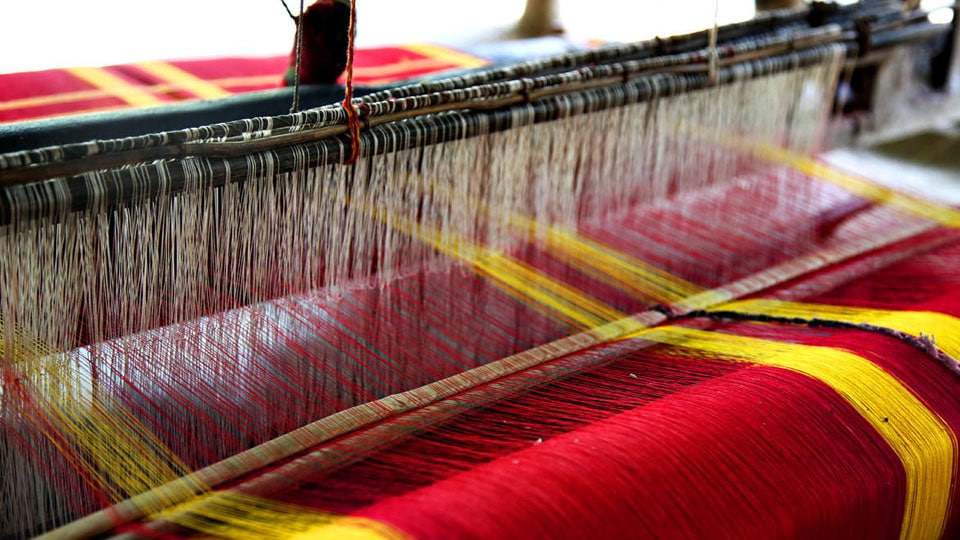 ‘Handloom industry must be protected and promoted’

Mandya: Asserting that though the handloom industry has a rural background, it is essential to protect and promote the industry as handloom has a worldwide demand, said District Deputy Director of Handloom and Textiles Gangaiah.

He was speaking at the Handloom Week programme jointly organised by the Department of Handlooms and Textiles, Department of Youth Empowerment and Sports and Mandya Zilla Panchayat (ZP), as part of National Handloom Day-2021, at Handloom and Textiles Department office premises here on Sunday.

Pointing out that the National Handloom Day is being celebrated in the month of August every year, Gangaiah underlined the importance of promoting Swadeshi products.

Noting that there are nine Handloom Associations in the district, with a collective membership of 170 weavers, he said that 50 handloom industries were functional in Mandya district.

Stating that Handloom was the main home industry during the Swadeshi Movement that took place when Bengal was divided in 1905, Gangiah said though times have changed, it is vital to save and sustain the handloom industry as it provides a livelihood to people from rural background. He also explained the benefits being provided by the Government for weavers.