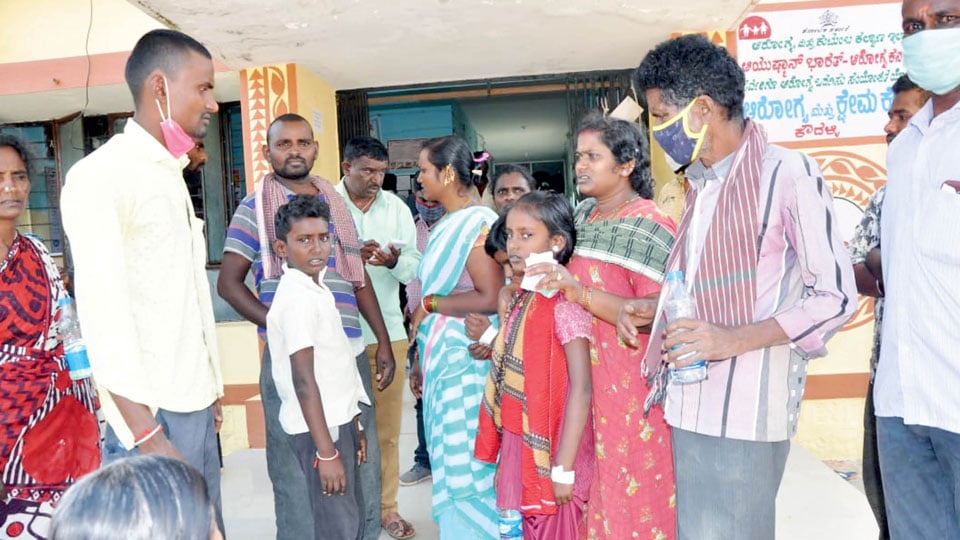 Hanur: Three Mid-Day Meals cooking staff have been sacked while two teachers have been transferred after nearly 70 students of Vadakehalla Government Higher Primary School in Hanur taluk of Chamarajanagar took ill after consuming the food in which a dead lizard was found.

Addressing a meeting of parents at the school, Block Education Officer (BEO) T.R. Swamy said that three staff of the Mid-Day Meals Scheme have been sacked and two teachers, who were given the responsibility of supervising the cooking, have been transferred.

Meanwhile, the parents demanded the BEO to stop distribution of Mid-Day Meals to students for a month and urged the officer to deposit the money for the food to the Bank accounts of students to which, the BEO said that the cost of the food for a month would be deposited.