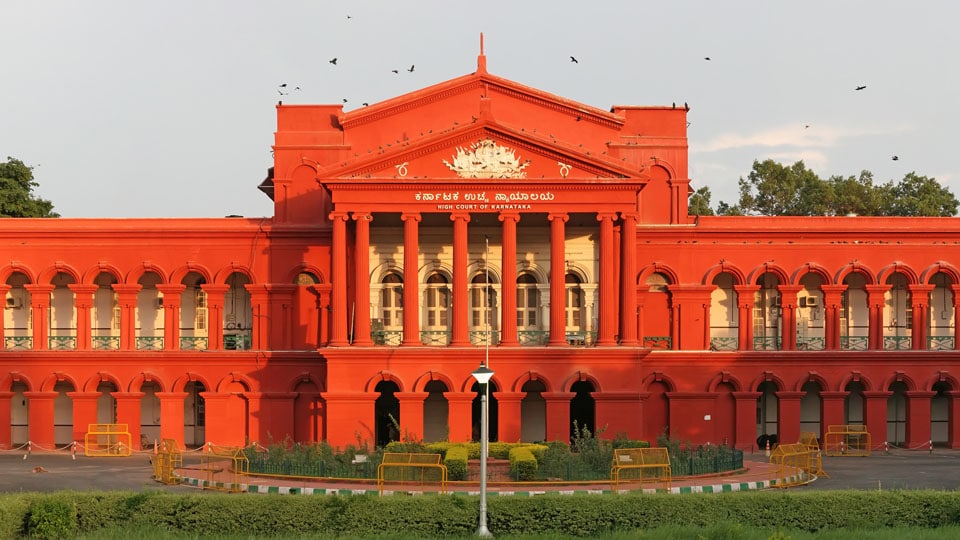 HC notice to Centre, State on exemption to electric vehicles

Bengaluru: The Karnataka High Court on Friday ordered the issuance of notice to the Central Government, State Government and an agency authorised to issue Certificate of Exemption to Electric Vehicles.

A Division Bench of the High Court comprising Chief Justice Abhay Shreeniwas Oka and Justice M. Nagaprasanna ordered the issuance of notice on the PIL filed by Prasad K.R. Rao. The petition stated that Automotive Association of India, an agency affiliated to the Ministry of Road Transport and Highways, issues certificates to electric vehicles under rule 2 (u) of Central Vehicle Rules. The certification exempts such electric vehicles as motor vehicles under Motor Vehicles Act and thus exempting them from the registration process.

The petitioner submitted that among other criteria, rule 2 (u) of the Central Vehicle Rules stipulates that the maximum speed of an electric vehicle should be less than 25 km per hour. When actually driven, these electric vehicles travel in three different speed modes, first at 25 km, then at 35 km and in third mode up to the speed of 45 km. The petitioner contended that this was in violation of the rules and evasion of registration charges imposed by the Government.