Home » News » ‘HDD is a leader of mass leaders’ 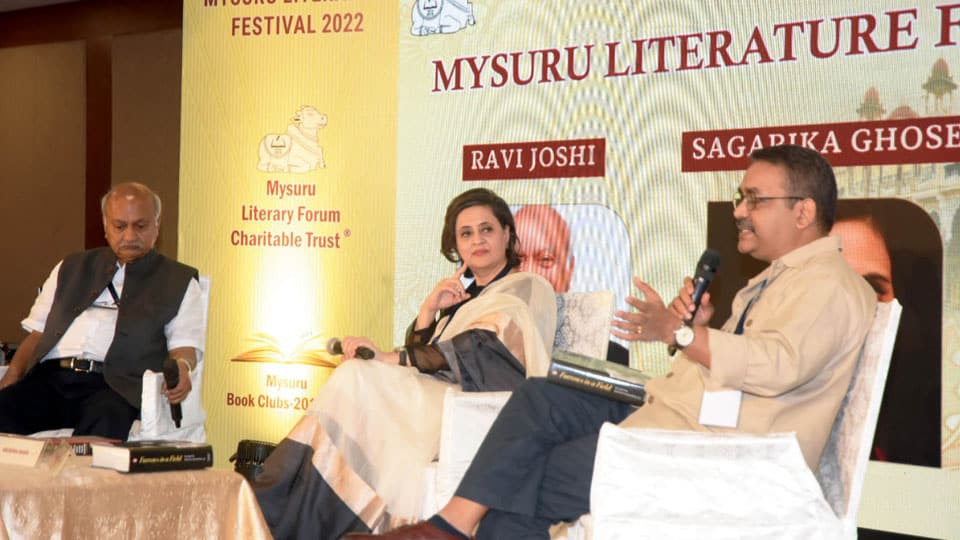 ‘HDD is a leader of mass leaders’

Mysore/Mysuru: Former Prime Minister H.D. Deve Gowda (HDD) is the leader of mass leaders, said journalist and writer Sugata Srinivasaraju. He was speaking at a session on ‘Yes, Prime Minister’ along with journalists Sagarika Ghose and Ravi Joshi.

“Although Deve Gowda has spent most of his years in Karnataka, his diverse national imagination and sincerity that he deployed as Prime Minister had magically lit up different corners of India,” he said. As he is the leader of mass leaders, Biju Patnaik proposed Gowda’s name for the Prime Minister’s post,  he recalled.

Deve Gowda was responsible for altering the destiny of this nation. He responded to its hopes and aspirations. His initiatives in Kashmir and the northeastern States were to prove the point that he understood India better. His deep democratic engagement was fascinating and he was an Engineer-Prime Minister with big ideas, though he has been misunderstood by many, Sugata added.

Sagarika Ghose recalled the term of Atal Behari Vajpayee and P.V. Narasimha Rao and said Vajpayee kept his distance from RSS. She claimed that due to this, many in the RSS were opposing Vajpayee. Replying to this, Sugata Srinivasaraju said that Vajpayee was inspired by RSS and he never betrayed his parent organisation. “He was the epitome of humanity,” he added.