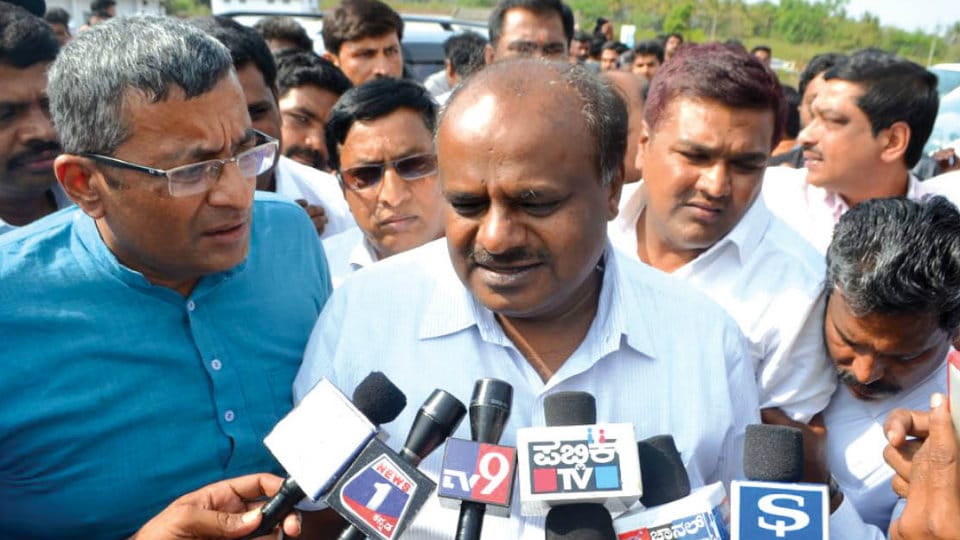 HDK says will release documents of payments made by BJP leaders if Union Govt. promises action

Former Chief Minister and State JD(S) President H.D. Kumaraswamy said that he would release documents pertaining to payments made by State BJP leaders to top BJP leaders if the Union Government promises to take action against such BJP leaders.

Speaking to press persons at Basavanahalli Helipad near here yesterday, Kumaraswamy claimed that he had documents of payments made through cheques by BJP leaders to the Party’s Central leaders.

Asserting that no Congress leader had approached him seeking the documents that he has in possession, Kumaraswamy said that the leaders of both the National parties — BJP and the Congress — had looted the State to make payments to their leaders. Claiming that he had made public the payments by National party leaders, long back, Kumaraswamy said that payments made over the years is testimony to the fact that the leaders of the two National parties had looted the State’s wealth.

JD(S) will do well in Kodagu: Replying to a question on the Party’s prospects in the next year’s Assembly Polls, Kumaraswamy expressed hope that the JD (S) will win  both the Assembly segments in Kodagu.

Reminding that the Party candidate B.A. Jeevijaya has lost by a narrow margin in the last Assembly Polls, the JD (S) leader complimented the Party’s district President Sanketh Poovaiah for his organisational skills.

Noting that Kodagu has been facing burning problems such as wild elephant attack, poor roads and destruction of forest, Kumaraswamy reiterated that the Party will win both the Assembly seats (Virajpet and Madikeri) in Kodagu in the 2018 polls.