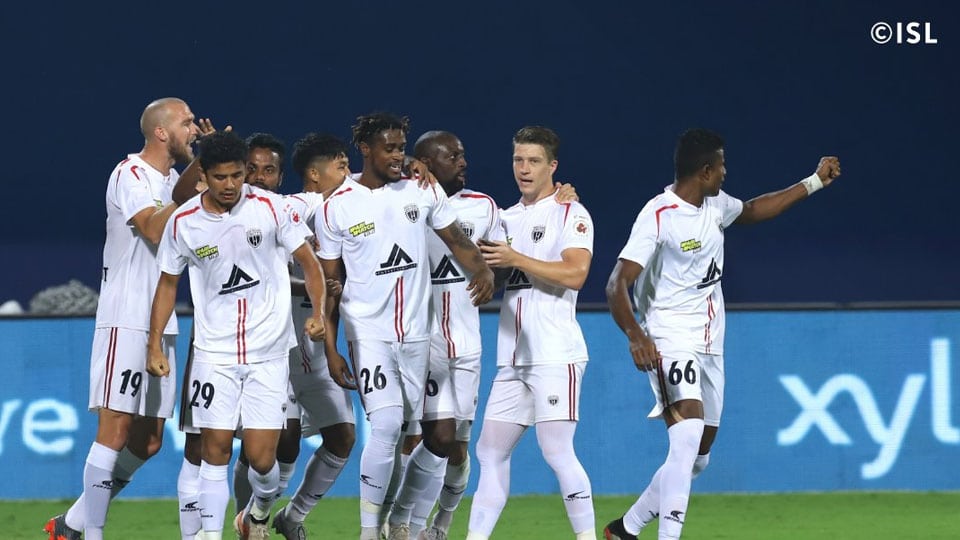 NorthEast United FC entered the top four in the 2020-21 Hero Indian Super League (Hero ISL) standings after a 2-1 win over Mumbai City FC at the GMC Stadium in Bambolim yesterday.

Deshorn Brown scored twice in quick succession in the first half and Adam le Fondre came off the bench to score once for the Islanders in the second.

The Jamaican frontman Deshorn Brown’s two goals in the first nine minutes left the Islanders stunned. Brown’s first goal was scored through a well-executed volley and his second was a poacher’s finish. He also helped defensively during corners and completed two successful tackles, two blocks as well as a clearance.