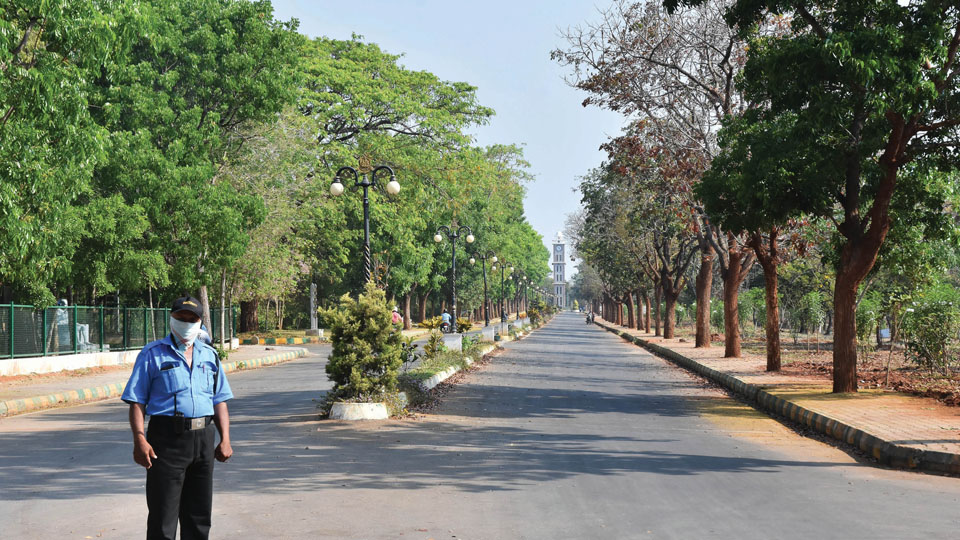 Mysore/Mysuru: Students of Mass communication and Journalism, yesterday staged a protest after a car driven by a Botany Research student knocked down their classmate and sped away in Manasagangothri campus. The injured student’s classmates staged protest till the research student took care of the medical expenses.

The injured student is Nagaraj, while the Botany Research student, who reportedly knocked him down is Sowmya.

Yesterday, Nagaraj was walking in Manasagangothri campus, when Sowmya knocked him down and sped away. Nagaraj’s classmates, who saw Sowmya speeding away after knocking down Nagaraj, staged a protest in front of the Botany Department, demanding Sowmya to take care of the medical expenses of Nagaraj besides urging University of Mysore authorities to take action against Sowmya.

Registrar Prof. R. Shivappa, who arrived at the protest spot, collected information from the protesting students and assured of getting proper treatment and medical expenses from Sowmya, who was driving the car, following which, the students withdrew their protest.

No complaint has been registered in this regard. Sowmya has got injured Nagaraj admitted to a private hospital and is getting him treated.