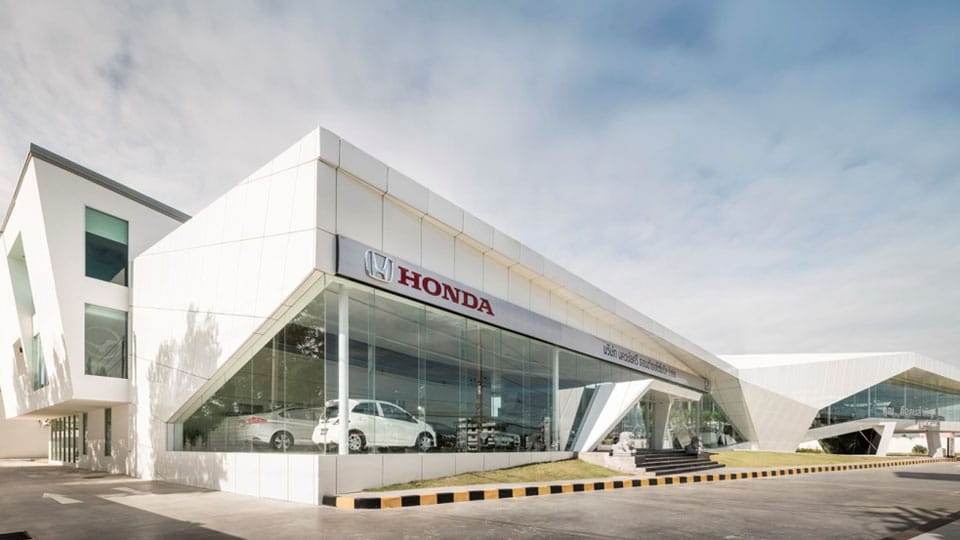 Honda to revamp its sales network in the next three years

Honda has already established itself as a successful player in the Indian market. Now, Honda has plans to expand its sales network to mark its presence in smaller towns and villages. The plan has been laid down and the investments will soon follow.

With the discontinuation of Honda Brio, Honda Indian has 7 cars in its lineup. The Amaze sedan is the entry-level car now and the Accord Hybrid remains its flagship car in India. Honda Accord Hybrid is known for its low running costs and good mpg numbers.

Honda is focussing to improve its brand value by offering a more exclusive customer experience in the showrooms and retail fronts. According to top officilals the customers should be treated and talked to in such a way that they will realize the value and the quality of the brand. The sales representatives need to convey the premium nature of the brand to potential buyers. Due to digitally influenced buying trends, customer behavior has changed a lot in this decade. Honda has undertaken this initiative to address the change in customer behavior.

Honda’s new corporate identity will render more digital aspect to the Honda dealerships. Honda plans to use video-driven product explanation to provide a holistic view of the product to consumers. The interior decor will use elements like LED screens, accessory and color configurator to give a premium identity to the brand.

The Honda showroom executives will be given a refresh course which will help them to offer new sales pitches to the consumer. In this way, consumers can understand the car and the after-sales services in a better way. This process was tested in the few showrooms across the country. It has been two years now and the practice is still going on to make the retail front better and more interactive.

A completely new corporate structure will be adopted by the company which will cover the existing 350 dealerships. Honda wants to take the total count to over 400 dealerships in three years. Once at full capacity, these dealerships will have a positive impact on the revenue of the company.

The senior officials have talked a lot about changing the face of Honda’s retail picture. The officials have claimed that they will change how the retail front of the company looks like. A journey to attain a new corporate identity has been embarked.  The process of modernizing the whole system will take a long time. The process has to be taken ahead in a progressive manner.

By the end of three years, the 350 major dealerships will be revamped. Honda wants to build a good rapport with the customers by handling the shortcomings which used to be there generally in the after-sales service. The results may or may not be as expected but it will definitely help in establishing Honda as a major force in the Indian car scene.