Home » News » HOOLIGANISM AT SIDDARTHANAGAR: Police on the lookout for other accused 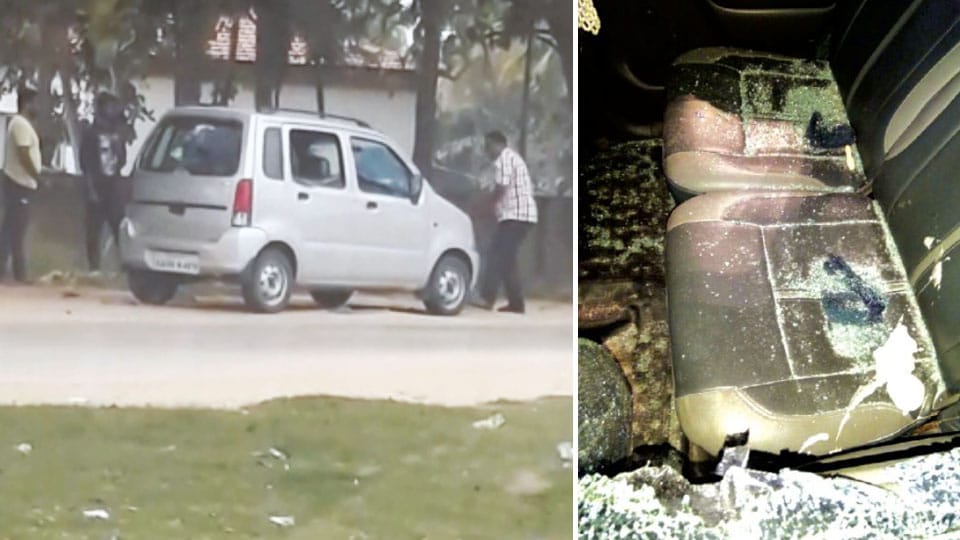 HOOLIGANISM AT SIDDARTHANAGAR: Police on the lookout for other accused

Mysuru: The Nazarbad Police are on a hot chase of the other accused in the case where a group of hooligans smashed the windshield, headlights and windows of a Wagon ‘R’ car at Siddarthanagar on Lalitha Mahal Palace Road near the Karanji Lake Signal on Dec. 12.

Three persons — Babu, Sharath and the prime accused Jayasheelan who have been arrested on Wednesday are remanded to Judicial Custody and the Police are on the lookout for the other accused.

The crime was filmed by many passersby and the Police are tracing the other accused based on video footages.

Nazarbad Inspector M.L. Shekar said that as per the video footages, there are over 10 persons involved in the incident and even the victims of the incident have stated that there were more than 10 persons.

“We have started looking out for them based on the statements and clues provided by the accused,” he said. Police said that Jayasheelan was a paddy trader and he also used to lend money for interest.