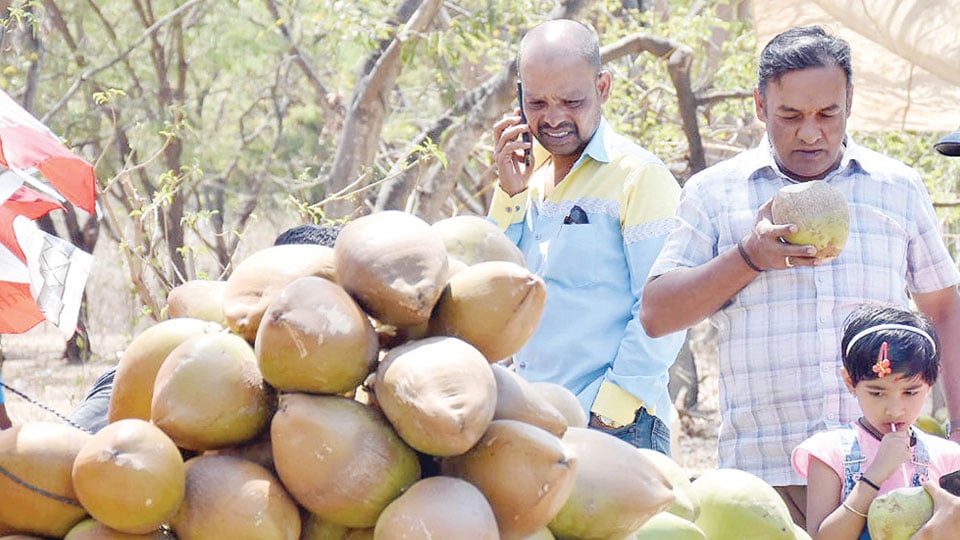 Hotter days ahead: Temperature increases by five degrees Celsius in just a week

Mysore/Mysuru: This is end of March and temperature in city has increased to make it look like we are living in the end of April — peak of summer. The temperature has increased by five degrees in just a week and the absence of rains has made matters worse.

Day temperature will be higher this year because of various reasons, including insufficient and scattered rainfall in the region. Besides, deforestation, pollution and greenhouse effect will also play a part.

Normally it rains in Mysuru after Mar. 21 and this year, the IMD had predicted rains in Mysuru region for five days from Mar. 21. “The region normally receives an average of 16.5 mm to 20.2 mm rainfall during March. But this year it did not rain in the third week of March and rather the region received unseasonal rains in February, causing the temperature to shoot up early,” officials said.