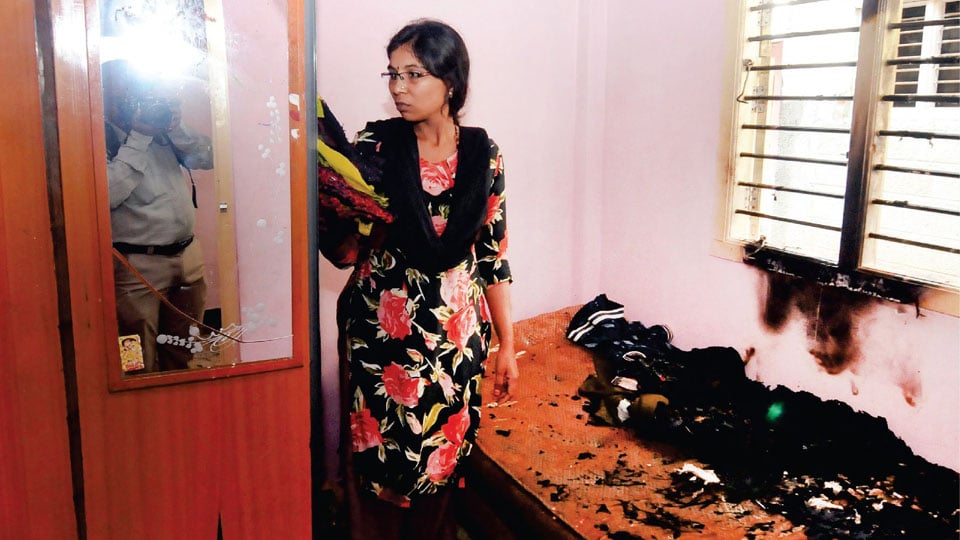 House damaged due to gas leak

Mysuru: A house was partially damaged in a fire that occurred due to LPG cylinder leak near Mahadeshwara Tent at Kumbarakoppal this morning. The Police said that the incident occurred at a house belonging to one Manjunath. However, the house was rented to one Ningaraju, who had been to his native place with his family at the time of incident.

The Police added that no casualty was reported as the house was locked from the past three days. It is suspected that due to gas leak, the refrigerator could have caught fire due to short circuit. An elderly woman in the neighbouring construction site suffered minor burn injuries owing to heat emanating from the house.

Fire tenders who rushed to spot were able to douse the fire. Metagalli Police Inspector Sunil Kumar visited the spot and conducted the mahazar. A case has been registered and Ningaraju has been informed about the incident.