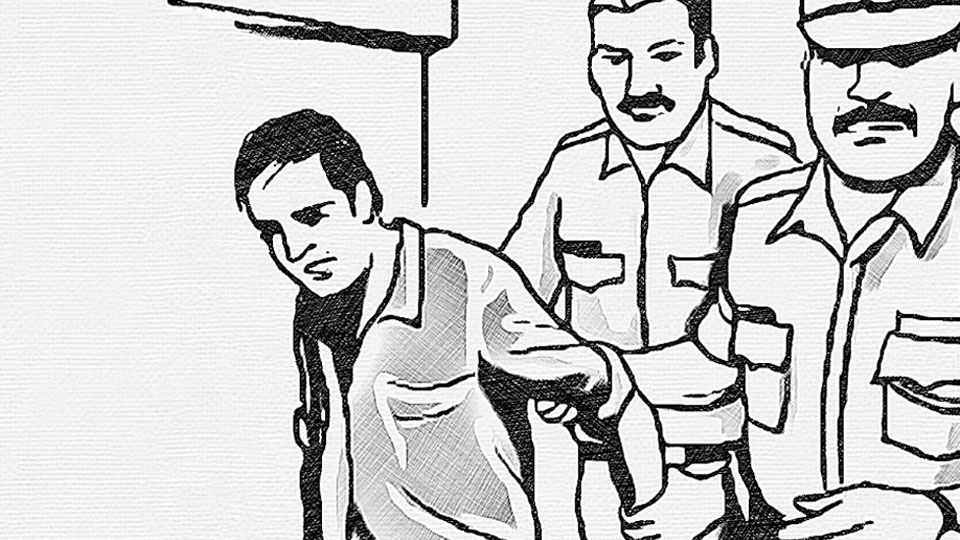 Houses burgled in city; One held

Mysuru: In separate cases, Rs. 24.5 lakh worth gold jewellery and cash have been stolen from two houses in city.

In the first case, burglars have decamped with 334 grams gold ornaments worth about Rs. 10 lakh and Rs. 2 lakh  cash from a house at Kesare in city.

The burglary took place at the house of one Mista Umme Kulsum in Kesare 3rd Stage. On July 27, the family had been to Bengaluru to attend a wedding of their relative and the burglary came to light when they returned the following night.

N.R. Police, who have registered a case in this regard, are investigating.

In the second case, a gem-studded 32 grams gold chain worth about Rs. 12.5 lakh has been stolen from the house of one Mohandas at Jayalakshmipuram 3rd Cross in city.

According to the complaint, Mohandas has stated that, on July 26, they had adorned Goddess Lakshmi’s idol with the gem-studded gold chain and removed the same the next day and placed the gold chain in the drawer of the Mantap. He has further stated that on July 28, when he opened the drawer, the gold chain was missing.

Jayalakshmipuram Police have registered a case in this regard.

In  another case, Mandi Police have arrested a person on charges of committing burglaries and recovered gold ornaments worth about Rs. 1 lakh and Rs. 20,000 worth mobile phone from him.

The accused is 23-year-old V. Lakshmikanth, a resident of Benki Nawab Street in Mandi Mohalla here. He was arrested when he was moving around in a suspicious manner on Ashoka Road.

The accused was produced before a Court, which remanded him to judicial custody.

In  yet another case, the personnel of Narcotics and Economic Offences Wing, City Crime Branch Police (CCB), raided a petty shop on Dr. Ambedkar Road, 3rd Cross in Ashokapuram here on July 29 and arrested a person for illegally selling liquor in the shop without permit.

The arrested is 24-year-old Nithin, a labourer and a resident of 6th Cross in Ashokapuram.