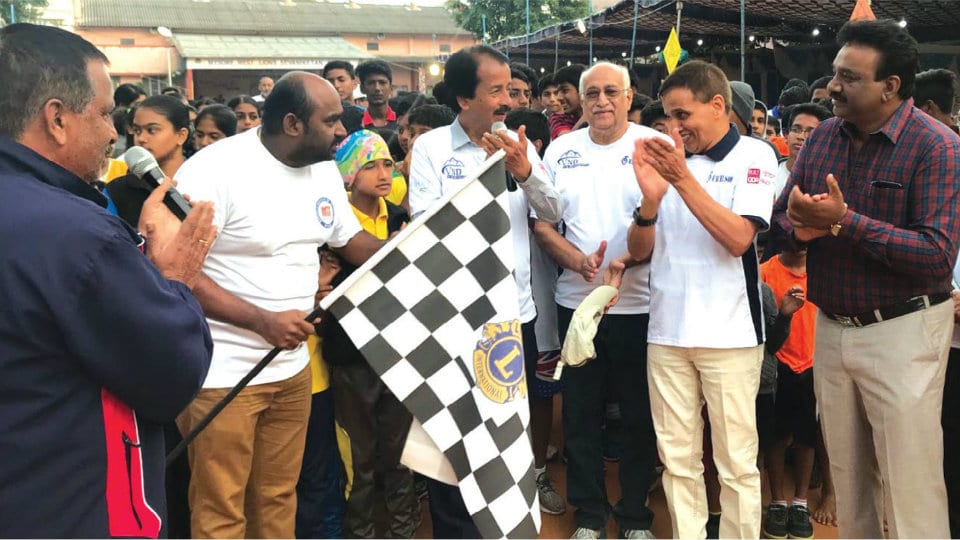 Hundreds run for Health and Wellness

Mysuru: Lions Club of Mysore West, as part of its Wellness and Health mega charity event, had organised a 5 km run and a Yoga marathon at Lions School premises in Gokulam 3rd stage here this morning.

About 300 people participated in the run which was flagged off by MLA Vasu. The participants ran from Lions School in Gokulam to Panchavati junction on Kalidasa Road and back.

Following that, a ‘Ride and Seek’ Treasure Hunt on bicycles was flagged off by City Police Commissioner Dr. A.S. Rao at the school premises. Totally, ten teams of two members each participated in the event. The distance covered was 20 km and the route was kept a secret which could be deciphered by the participants based on clues and codes given to them periodically.

The proceeds of the charity event is said to be used by the Club for Kidney Endowment Fund to provide dialysis for poor renal failure patients. Club President Jacob Thomas Paul, Treasurer Dharmendra, Corporator Prasad and others were present.