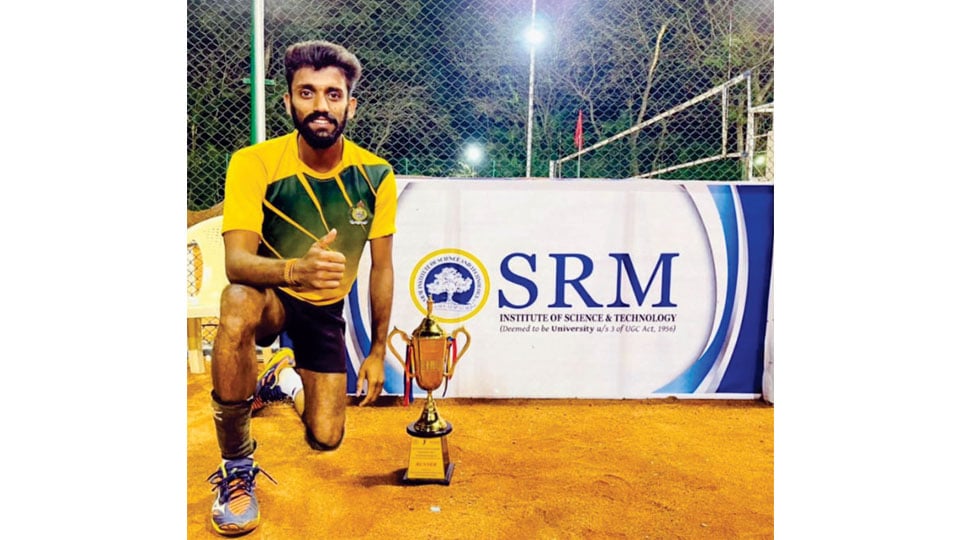 A boy from Hunsur Taluk studying in SDMC College, Ujire, has excelled in various Volleyball tournaments and has been selected for Khelo India University Tournament which will be held in Bengaluru in March this year.

He is Mahesh Kumar, son of Raitha Sangha District President Hosuru Krishnakumar and Mamata, who are residents of Maruthi Layout in Hunsur Taluk.

In South Zone Inter-University Volleyball tournament that was held at Chennai last year from Dec. 19 to Dec. 23, he participated in Mangalore University team and won second prize out of 100 teams that took part in the tournament.

A promising player, Mahesh has added many feathers to his cap by winning medals at sports events.