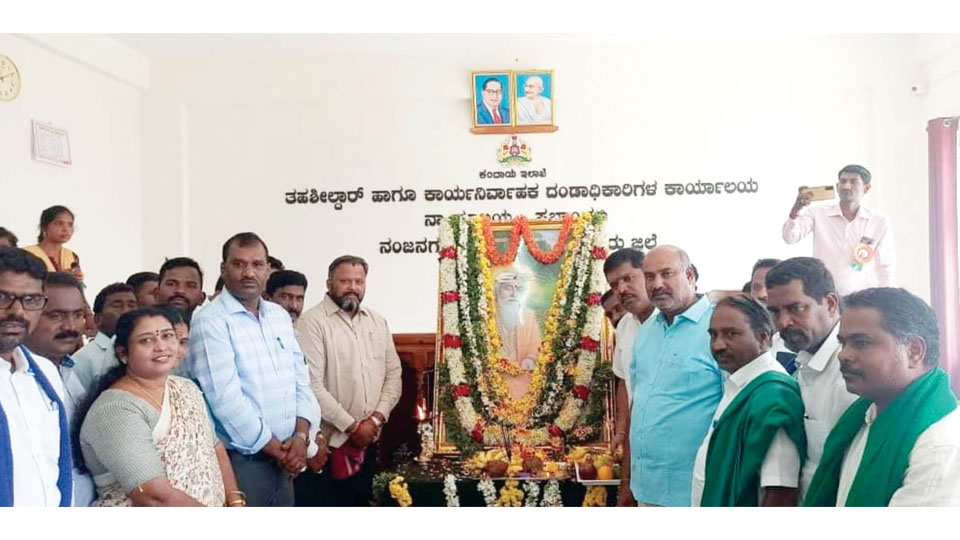 Nanjangud: Nanjangud MLA B. Harshavardhan has thanked Chief Minister Basavaraj Bommai for coming up with a proposal to increase reservations for the Scheduled Castes (SCs) and Scheduled Tribes (STs) as recommended by the Justice Nagamohan Das Committee.

He was speaking to reporters while participating in Valmiki Jayanthi celebrations organised by the National Festivals Celebrations Committee at Nanjangud Taluk Office on Sunday.

He recalled how he had extended support to the dharna (protest) staged by Sri Prasannanandapuri Swamiji, urging the Government to increase reservations for STs. He also pointed out that when B. Sriramulu was the Minister in Yediyurappa cabinet, it was decided to declare a Government holiday on Sri Valmiki Jayanthi.

The MLA announced that the newly built Community Bhavans in taluks would be inaugurated soon by MP V. Sreenivasa Prasad and Minister Sriramulu. The date will be  finalised shortly.