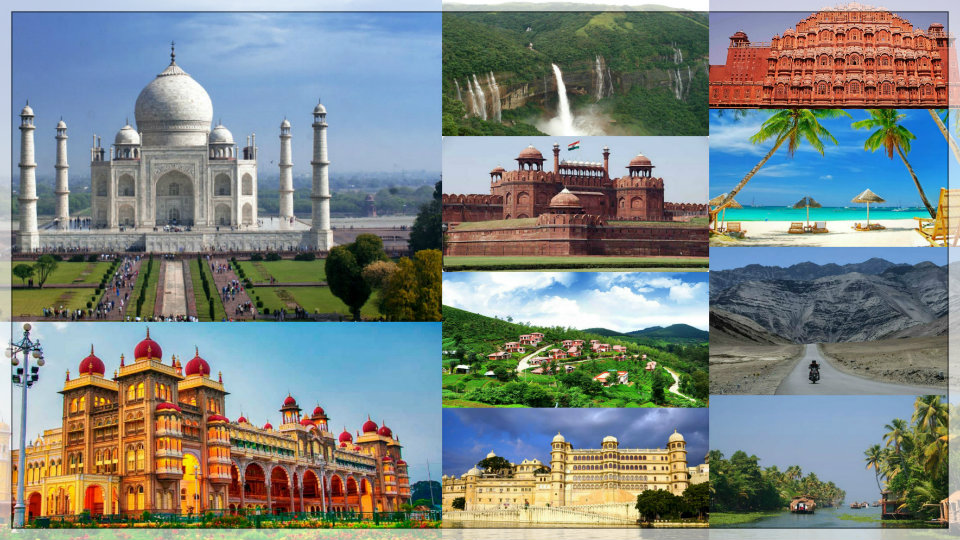 Surprise, surprise, the Finance Minister in his budget speech did actually mention tourism this year ! His actual words: “Tourism is  a big employment generator and has multiplier impact  on the economy of the State.  Five Special Tourism  Zones, anchored on spvs [Special  Purpose Vehicles] will be set up in partnership with States. Incredible India-2 campaign will be launched across the world.” After a long time somebody in power has actually acknowledged that tourism has employment benefits ! But the most important announcement which has aroused my interest was the launch of new “Incredible India-2.”

Incredible India,  a campaign launched in the year 2002 was the brainchild of Amitabh Kant,  the then Joint Secretary in the Ministry of Tourism and at present the ceo of niti Aayog, the think tank of our present Prime Minister.  Kant, a dynamic officer of Kerala cadre, who as Secretary of Tourism at Kerala was responsible to take Kerala to its height by branding Kerala as “God’s Own Country” and holding the first Kerala Travel Mart at Cochin.

I have had the privilege of knowing and also interacting with him  personally  since I was posted at the Kovalam Ashok during his tenure as Secretary, Tourism, at Kerala. His vision  and foresight was extraordinary. He realised very early that for a destination to survive, it was important to get quality tourists and not quantity alone. Thus he went about upgrading all the marketing tools in his control  like brochures, tps etc., appointed a top agency for branding and marketing the destination. The budget of Kerala tourism, a tiny State was higher even than the State of UP those days.  Suddenly Kerala became visible and a must-visit both for international and domestic tourists.

When he took over as Joint Secretary at the Ministry, the budget of the Department was a measly hundreds of crores. But he was able to convince his  Minister that a sustained integrated fresh campaign both across the print and the visual media was required to sell India across the world and thus the concept of Incredible India was born.

Year 2002, the campaign of Incredible India took off. What  was the vision of this programme? The vision as envisaged by Kant was to give the tourist a “complete experience”  of India. From the time a tourist checks in and checks out from our airport, he should have an experience of feeling the real India. The Ministry appointed a top agency, O&M for this and one Sunil along with Kant started to work on this programme. But they had to start from the scratch. Though the library of the Ministry had hundreds of Tps  and  films, they were of poor quality and not up to international standards. So several teams of photographers were appointed and sent all over India to capture not only the visual beauty of new destinations but also the feel of that region. After a thorough screening, new  stills and 30 second films, posters, brochures, pamphlets etc., were prepared. India was getting regular business from European countries like UK, France, Germany and US too but the idea of this campaign was to tap new destinations abroad for inbound tourists. The total budget for this campaign, both for international and domestic markets, exceeded 300 crores. An unheard of amount  ever spent in the Ministry. Suddenly the world woke up to the fact that India was not only “Taj Mahal” but much more.

Every campaign has a shelf- life and time had come to move on and reinvent the wheel. That is the reason the Ministry of Tourism has been given the task of  introducing a new “Incredible India Campaign-2” to tap the new robust and vibrant  India.

The real problem is that tourism is a State subject and thus the vision of the Centre and the States do not match. Some  active States like Kerala, Goa, Madhya Pradesh and Rajasthan have cashed the benefits of this campaign. Taking cue from the Central campaign, these States have also started their own  campaigns both international and domestic.  The result is a multiple increase in the footfall of tourists both domestic and international in these few States.

But some States like Karnataka, “God’s Gifted State,” which has everything which a tourist would aspire for is far behind and lagging in implementing any recommendation of their own Vision Group ! Just one look at  any brochure of Kerala and Karnataka, the difference is stark. Tourism is a least priority subject  in  this State in spite of the fact that everybody is aware of the potential.

Anyway, let us concentrate on what we can do rather than lamenting on our lack of interest. The first and foremost our State can do is to lobby in the Ministry to ensure that some destinations in our State come under  the  5 circuits mentioned in the budget speech. It is also important that the State lobby to get the Incredible India team to take photographs of the new destinations in this State. The coverage of this campaign, both international and domestic, is very vast and it will run for several years. Hence, it is important that the lobbying is done in the initial stage itself. The Central Ministry would definitely appoint a top agency for this work and the State, if possible, may appoint the same agency as consultant for this State too. A simple ‘jugaad.’ Do you agree?

Incredible India
Blowing away the blues of life
Double for Mysuru