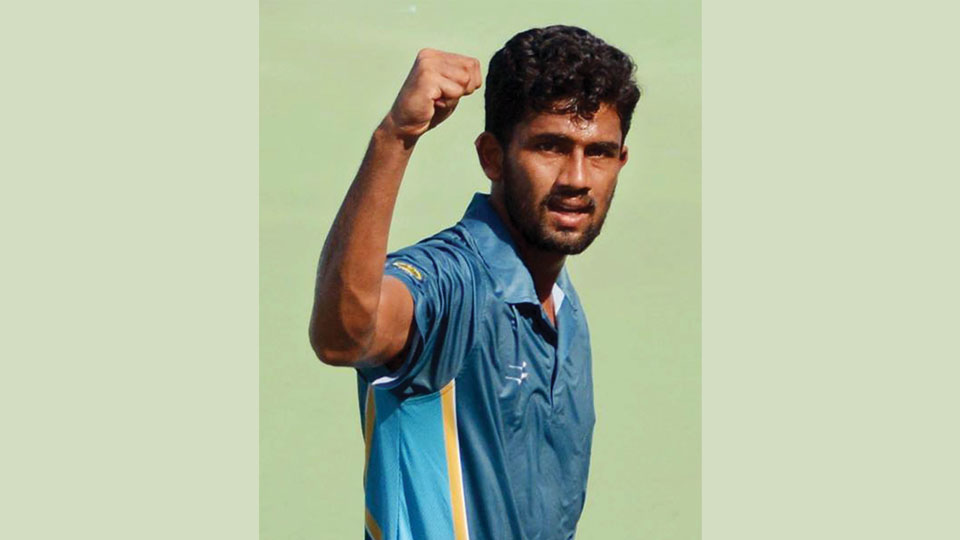 Suraj Prabodh continued his fine run in the Tournament by registering a well earned 7-6 (3), 6-3 win over qualifier Anirudh in a tie which lasted for one hour and thirty three minutes. Suraj served well and won 86% of his first serves compared to his rival’s 86%. He won 90% of his service games which proved vital.