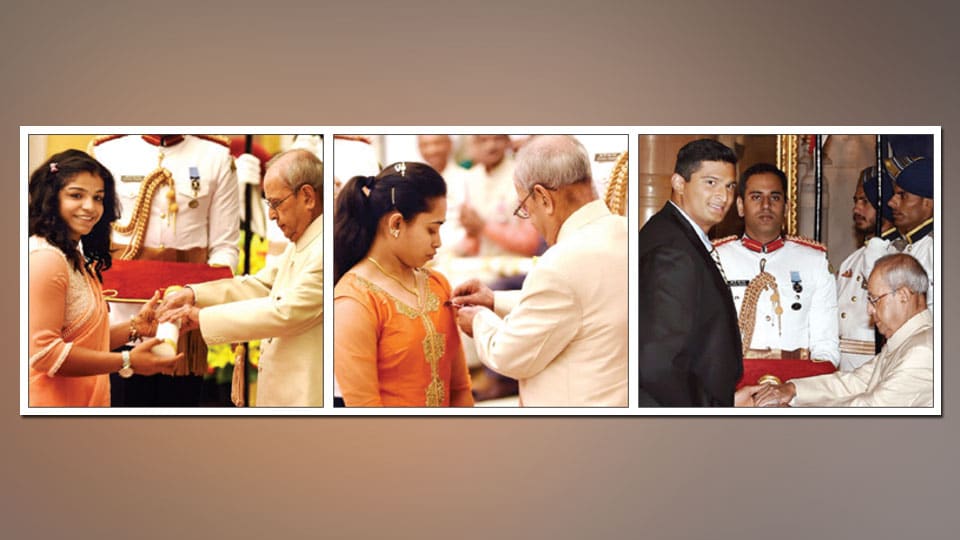 Karmakar, hailing from Agartala, missed the bronze medal by a whisker as American gymnast Simone Biles, won her third gold medal at the Rio Olympics last year. The 23-year-old had created history by becoming the first Indian gymnast to enter the final on her debut at quadrennial multi-discipline games after finishing eighth in the qualifying round. Sakshi Malik, won the bronze medal in the 58 kg category wrestling at the 2016 Summer Olympics.

With the win, Malik became the first woman wrestler in India to win an Olympic medal and fourth Indian woman athlete to clinch the coveted medal after Karnam Malleshwari, Mary Kom and Saina Nehwal.

Meanwhile, discus thrower Vikas Gowda of Mysuru and Paralympian Mariyappan Thangavelu were other notable winners of the prestigious award.