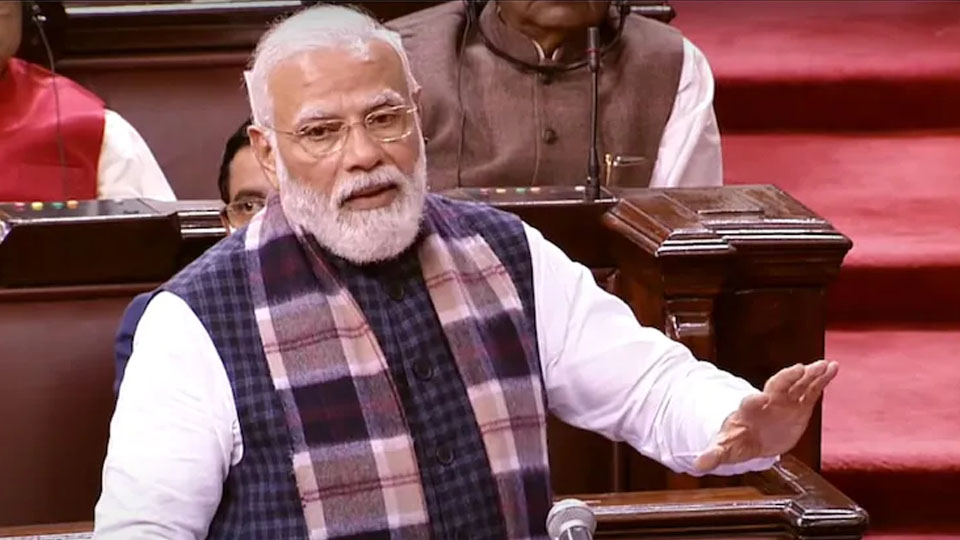 New Delhi: Prime Minister Narendra Modi on Tuesday listed out his Government’s achievements in the Covid-19 period and claimed that it has set an example before the world. Responding to the Motion of Thanks to the President’s address in the Rajya Sabha, he said, “More than 80 crore Indians have been provided free ration during the Covid-19 period. We have set an example before the world.”

The PM also criticised the Opposition for not playing a constructive role in efforts on the national-level against Novel Coronavirus. “Some people need to introspect. In all party meeting, an effort was made to convince others not to join the meeting on such an important issue of national importance,” he said adding the Centre has conducted 23 meetings with Chief Ministers of various States on Covid-19. “Such an effort to take everyone onboard is an example in itself,” he added.

He said the human race has not seen such challenging times in the past 100 years.

Talking about the vaccination drive, the PM said that people have taken the vaccine and they have done this not merely to protect themselves, but also to protect others. “Such conduct, in the midst of so many global anti-vaccine movements, is admirable,” he added.

The Prime Minister also targeted the Congress for not giving the Government its due credit on the pan India vaccination drive. “One member said vaccination is not a big deal. I am surprised to see India’s vaccination achievement doesn’t even seem an achievement to some people,” he said.

“I want to assure everyone that till the time the pandemic exists, we will protect the poor,” he added. The PM also patted the back of his Government, saying that India has performed well in various sectors, even during the testing times of Covid-19.