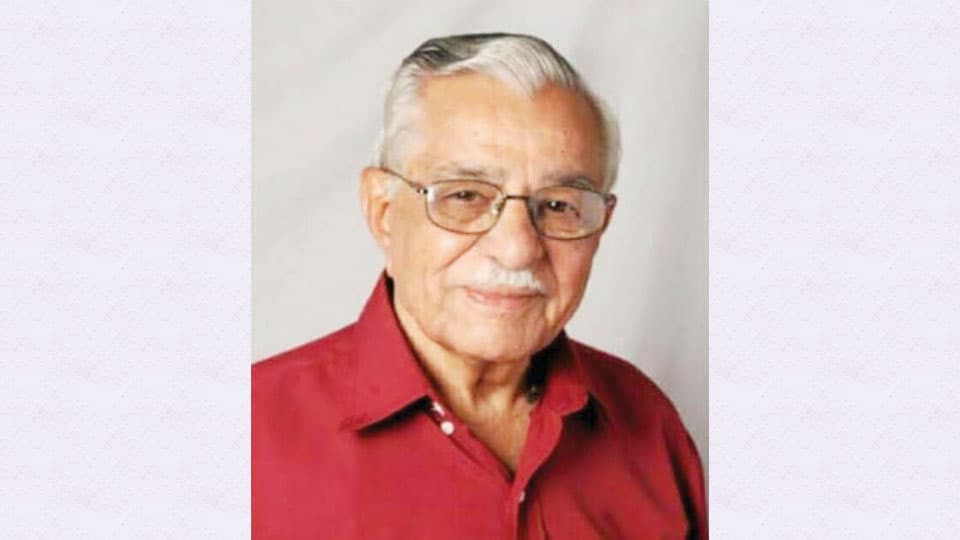 A philanthropist and a revered art patron, K.V. Murthy was associated with almost all cultural organisations in Mysuru

Mysore/Mysuru: City’s well-known art patron and industrialist K.V. Murthy passed away due to age-related illness at his residence in Jayalakshmipuram in the wee hours of today. He was 90.

A philanthropist and a revered connoisseur of music and dance, there is hardly any cultural body in Mysuru with which K.V. Murthy was not associated with. He had created his own world of art and culture.

His passion for music turned him to be a patron of various music and performing arts organisations. Not a cultural programme was held, perhaps, without his presence as chief guest.

He was a rare personality imbibing true values of life in conducting himself.

An active Rotarian, Murthy  was the Past President of Rotary Club of Mysore West.

Last rites were performed at Chirashantidhama in Gokulam this morning. Incidentally, K.V. Murthy was one of the driving forces behind the construction of Chirashantidhama, a modern, clean and well-laid-out crematorium in Mysuru.

Recalling his dedication to art and music, Ganabharathi President Dr. C.G. Narasimhan said that the void created by Murthy’s death cannot be filled.

READ ALSO  ‘My Country - My People’ event held at Mahajana

Art Promoter C.R. Himamshu of 8th Cross Ganapathi-fame, who was associated with Murthy for a long time, Danseuse Dr. Vasundhara Doraswamy, Music Critic Dr. Padmavathi Narasimhan and a host of other dignitaries paid their last respects to the departed soul.