Home » Coronavirus Update » Negative RT-PCR a must to… 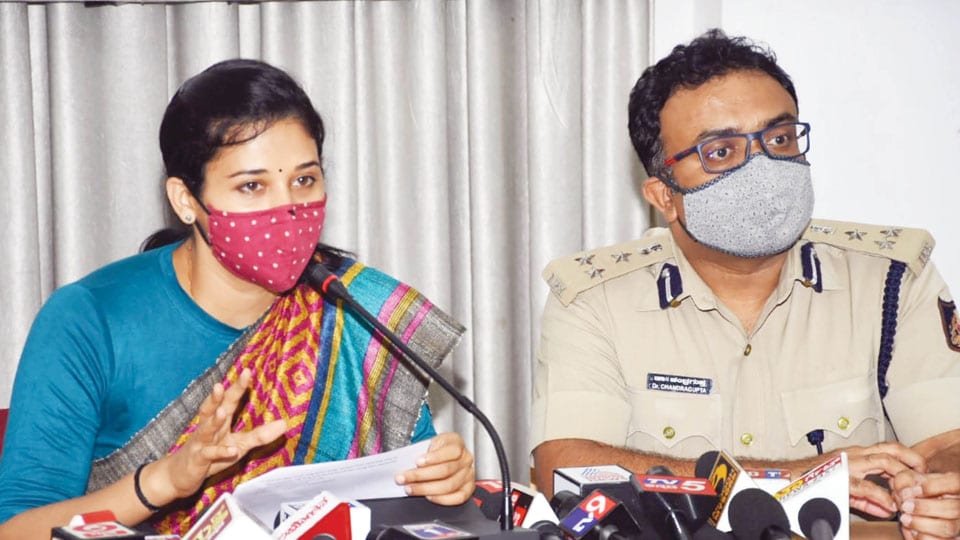 Negative RT-PCR a must to…

Mysore/Mysuru: Anticipating a heavy footfall of tourists to Mysuru due to many holidays next week, the District Administration has made it mandatory to produce COVID-negative certificate (RT-PCR test negative report) not older than 72 hours for those who wish to visit tourist places, resorts, convention halls / party halls, recreation clubs or cinema halls. Those who fail to produce negative report will be denied entry.

This rule will be in force from April 10 to 20 in the wake of sudden increase in Coronavirus positive cases in the last fortnight. Even tourists/people entering to Mysuru from Bengaluru must produce RT-PCR test report or else they will have to undergo Rapid Antigen Test (RAT) or RT-PCR test at over 30 testing centres in Mysuru. However, no check-posts will be set up on Mysuru-Mandya District border to check visitors as it is only an advisory, said Deputy Commissioner Rohini Sindhuri.

Addressing a news conference at her office this morning, she said that 300 Home Guards were coming back to Mysuru after election duty in Tamil Nadu. They, along with Police and officers from other Departments would be deployed at designated places between April 10 and 20 only to check RT-PCR report.

Those who fail to produce the negative report would be sent back. Out of 200 plus COVID positive cases reported in District everyday, more than 90 percent were reported from city. Hence, their main focus will be on Central Business District, she noted

No shutting down of tourist places

The DC ruled out shutting of tourist places in Mysuru district and said on an average, 5,000 vehicles enter Mysuru City daily and it will increase during next week due to series of holidays. Already, tourism had hit the rock bottom due to general lockdown clamped last year.  Though the issue of closing down of tourist places came up during the meeting with District Minister S.T. Somashekar last week, there was no consensus by considering number of people depending on this industry. It was decided to enforce strictly the safety protocols.

While March 2021 recorded 28 COVID deaths, already 12 persons have died in district so far in the second wave. Last year, the administration had monitored the situation when everything was closed down. Now, citizens must display discipline by following guidelines. “Business establishments will be closed down till the pandemic ends if rules are violated as per various Sections of the IPC and Karnataka Epidemic Diseases Act, 2020”, she added.

DC Rohini Sindhuri said that all mass marriages scheduled for April has been postponed till May end. Even the State Government’s ‘Saptapadi’ (mass marriage) too has been put off. However, there will be restriction of a special event to be held on Ugadi festival at T. Narasipur town in which thousands of people participate.

Mysuru City Police Commissioner Dr. Chandragupta said that prior permission from Assistant Commissioner of Police (ACP) was must to hold any event inside or outside city. For marriages, there will be a cap of 200 persons and anything above that number would be considered as violation and action would be initiated against the organisers and choultry owners.

A person from each Police Station would be put on the job of having a closer look on the choultries/ marriage halls in their respective limits, and violation would be dealt strictly, he added.

Dr. Chandragupta said, he was aware of crowding of people in markets and this issue had been discussed with the District Minister who has favoured shifting the market to various places. Suitable action would be taken at the right time, he said adding that the State Government had banned all Jathras, protest rallies, public rallies, shandies and village festivals till Apr. 20.