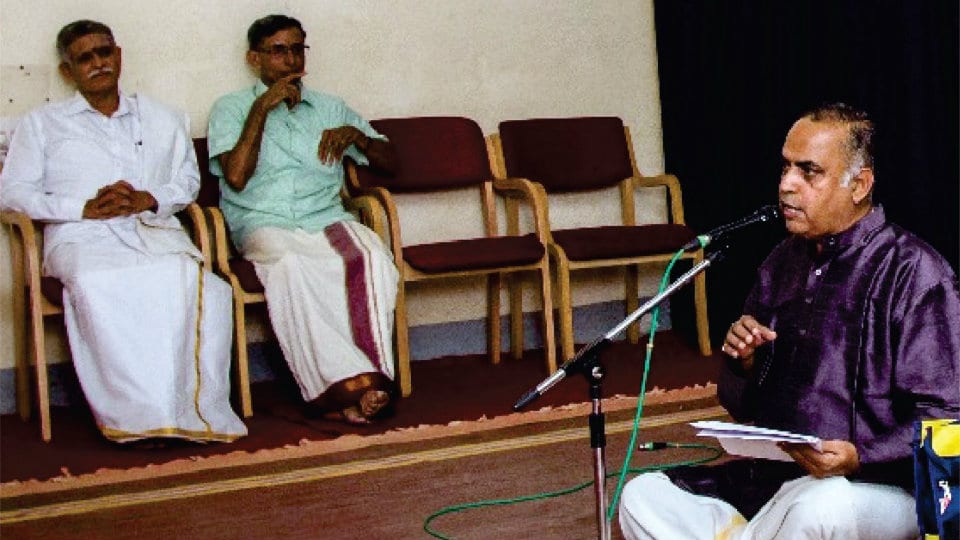 An informative and illuminative session

The morning of December 4 brought three interesting papers at the JSS Music Conference. The first paper was on the great poet P.T. Narasimhachar, who has created history in the world of Kannada literature and music. The paper focused on the rare ragas created by Narasimhachar, which is an immense and great contribution to Karnatak music. The rare ragas created by the poet with his music were sung by Dr. Padmavathi Narasimhan and P. Surabhi. How his compositions can be used in classical concerts for detail rendition and how the ragas are rightly chosen and the poems rightly composed for the lyrics was explained with demonstration.

The second was a lecture-demonstration about ‘Specialities in Veena Playing’ by Dr. S. Vijayaraghavan, the President of the Conference. He first spoke about the construction of veena and its chief parts. Why it is important to align gandhara and panchama perfectly to shruti was explained. He demonstrated fingering techniques used while playing ragas like Kamas, Todi, Varali, Begade and Amrutavarshini. The usage of pure notes in Charukeshi was illustrated on the veena. He also stressed on the fact that all sthayis can be incorporated using the four strings of the instrument. Intonation can be implemented using various methods in plucking. Tana is blissful on the instrument as all the strings are used in combination. The doctor played tana in Hindola to illustrate speedy tana. 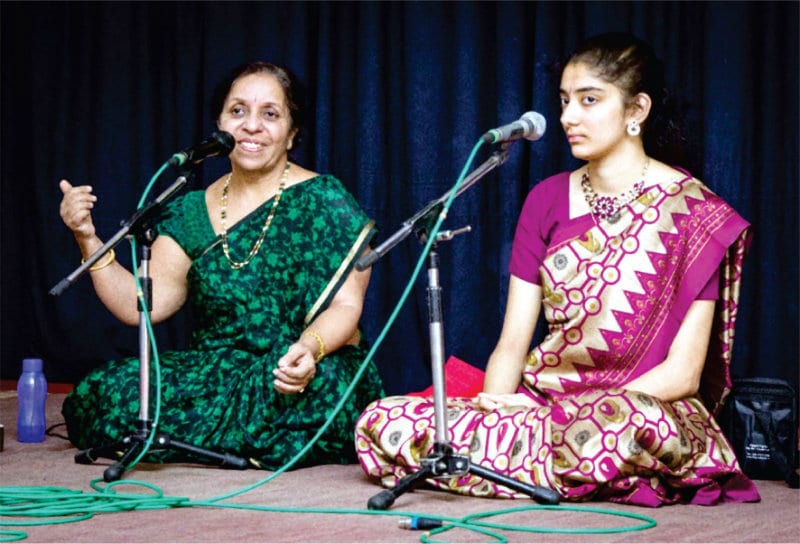 The third paper by S.Shankar threw light on how to prepare for and render a concert. Shankar had done good homework on his topic. He brought different issues like importance of pronunciation in the sahitya of compositions, need for several practices before presenting them, the importance of accompanists in a concert and the need to appreciate them on the dais, co-ordination among the artistes, sincerity in presentation — be it an RTP or just an invocation, need for violinists not to overrule the main artiste, the necessity for a good microphone system in a concert, need for punctuality in artistes, and also artiste’s taste in dressing.

READ ALSO  A communication with soul

Stressing on why percussionists should be short and sweet in Taniyavartanam, Shankar quoted Mannargudi Eshwaran who says, ‘In my 60 years of playing mridangam, I played for the tala for the first 20 years, kritis for the next 20 years and since last 20 years only I am trying to play for the artistes.’ Shankar also observed that an artiste should have humility; he should remember that he exists due to the art and not art because of him. He should also involve himself in teaching, which in turn helps him in his renditions. Shankar observed that ‘vote of thanks’ after or towards the end of the concert should not prolong and should also include a small felicitation to the sponsor. The importance of the involvement of the audience was also touched upon by the speaker. The entire session was illuminating and humorous.