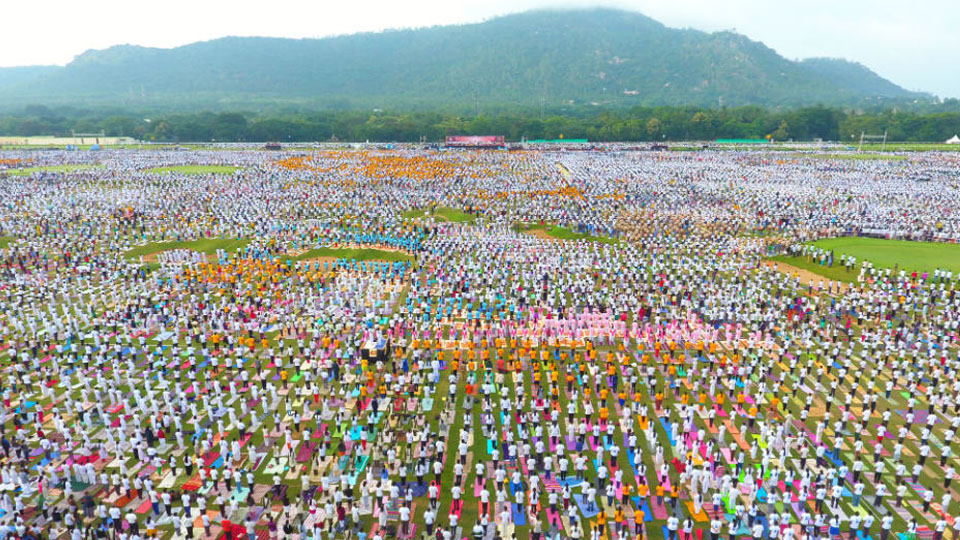 City all set to create record by assembling 1.25 lakh people at a single venue; Meeting on June 4

Mysore: Mysuru is once again making a bid to enter the Guinness Book of World Records in yoga by assembling a large number of people on June 21 to mark the International Day of Yoga. The District Administration is making all preparations to bring 1,25,000 people in a single venue to perform yoga on the sprawling campus of Mysore Race Club (MRC) on June 21 this year.

District Minister G.T. Devegowda will chair a meeting on June 4 to chalk out the programme with elected representatives and officials. It has also been decided to invite all yoga training institution heads and instructors.

It may be recalled, Mysuru entered the Guinness Book for the largest yoga demonstration or lesson at a single venue during the International Day of Yoga in 2017 at  MRC. As many as 55,506 people performed yoga to create the record.

With the idea of yet another record in mind, the yoga institutions in Mysuru are already working since the last six months to put up a mega show. Last year, the Guinness World Record was achieved at Kota in Rajasthan when about 1.05 lakh people performed yoga.