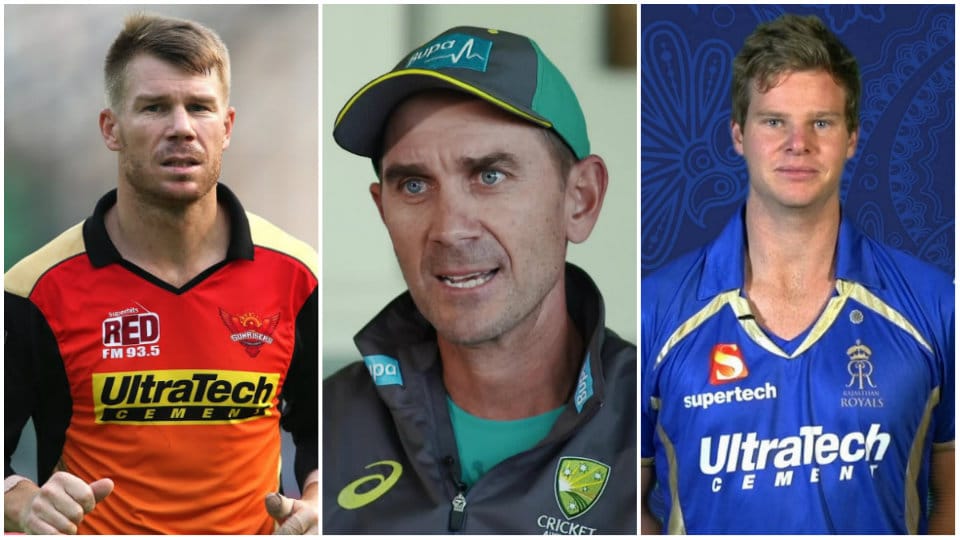 IPL 2019: Steve Smith and David Warner should be ready for the tournament, believes Justin Langer

The twelfth season of the Indian Premier League is all set to kick start from 23rd of March 2019. Even though IPL is one of the most awaited cricket tournament of the year, all eyes remain fixated on the upcoming World Cup. In such regard, the fans will keep a close eye on the IPL live score.

More than any other national side, Australia is still to find ground at least in terms of team selection. Head coach Justin Langer has said in a press conference that former Australian captain Steve Smith and deputy David Warner have completely recovered from their elbow injuries and are fit to play in the IPL. The dynamic duo is key to the fortunes of their respective teams when the IPL points table gets up and running.

Langer said,’From all accounts they should both be ready for the IPL, which is really positive.’ During one year they were banned from cricket, both David Warner and Steve Smith picked up elbow injuries. Steve Smith had a more serious one. He was forced out of Bangladesh Premier League and had to undergo surgery in January.

“It’s about us winning games of cricket and then selections and positions usually look after themselves,” Langer added. He made it quite clear that the players won’t get selected for the upcoming World Cup on the back of their reputation. Instead, they will have to earn their spot in the team.

He said, ”We’re planning to pick the best XI to win these games. It’s about us winning games of cricket and then selections and positions usually look after themselves. We can’t plan for them to be here because they’re not here. For us to win last night is a great performance for us in T20 cricket now it’s time to extend that to one-day cricket and pick the best team we’ve got.”

“I think you should never assume anything when you’re playing cricket for Australia. Every game is important. We are looking to win every game that we can and usually, positions and spots in teams look after themselves if we look at winning games of cricket,”. This was both a message and a warning to Smith and Warner from Langer.

Before IPL, Australia will be playing against Pakistan. Steve Smith and David Warner will be seen in national colors after a year. The duo will be eligible to play the final two ODIs on 29 and 31 March after the year long ban following the ball tampering fiasco. However, they are unlikely to return for those two matches.

Talking about IPL, both batsmen will be hoping for some redemption. David Warner and Steve Smith are integral parts of Sunrisers Hyderabad and Rajasthan Royals respectively. It’s time for the two batting stars to return to action on the big stage and reset their careers.

Warner will be eyeing the IPL Orange Cap and try to win it for the third time. And we all know about the sheer brilliance of Steve Smith. Fans all around the world are filled with excitement to watch both these geniuses at work once again.

Cricket Australia have genuinely missed their star players in the past year. But if or not they will make it to the 2019 World Cup squad, only time will tell.