Home » Sports » It’s Djokovic Vs Medvedev in US Open Finals 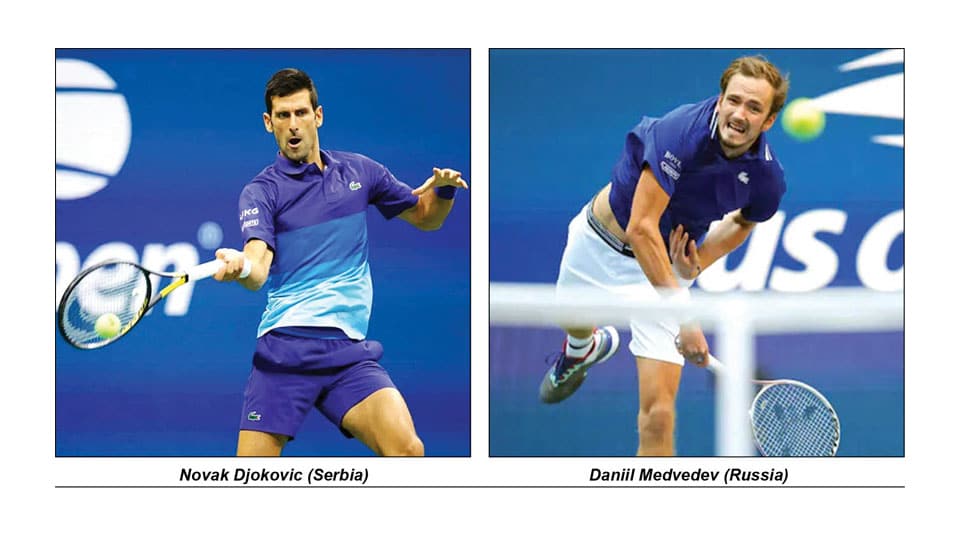 It’s Djokovic Vs Medvedev in US Open Finals

“I’m going to treat the next match like it’s the last match of my career,” Djokovic said.

One more victory will give the 34-year-old Serbian star the first calendar-year Slam since Rod Laver accomplished it 52 years ago.

Djokovic seeks his fourth career US Open title and his 21st overall Slam crown, which would lift him one above the all-time record he shares with Rafael Nadal and Roger Federer, both absent with injuries.

“These are the kind of unique opportunities we dream of when we are looking for motivation,” Djokovic said.

Australian legend Laver, 83, was in the stands to watch as Djokovic took a measure of revenge for Zverev, 24, beating him in an Olympic semi-final, denying Djokovic’s bid for a ‘Golden Slam’ with a Tokyo gold medal.

The final is a rematch of February’s Australian Open final won by Djokovic in straight sets. Medvedev trails Djokovic 5-3 in their all-time rivalry. “If I can make this, I’ll probably be in the history books a little bit somewhere like not letting him do this,” Medvedev said. “But I don’t really care about it. I think it’s more about him, that it affects him.

Djokovic has won 27 consecutive Slam matches, three shy of his all-time record streak from 2015 and 2016 when he won all four Major titles in a row.