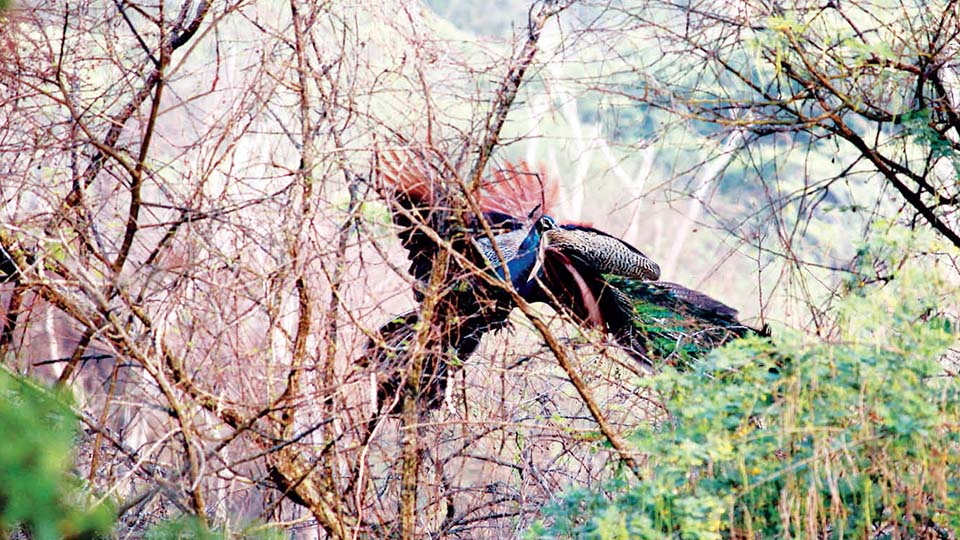 This is my territory, get out  from here,” seems to be the warning given by the two peacocks which indulged in a territorial fight at Lingambudhi Lake in city. These photographs were captured by city wildlife photographer B. Chidaambaram on Mar. 30. Peacocks are both territorial and curious and an entire flock acting as a unit will investigate trespassers. They threaten unfamiliar humans, animals or things by charging at perceived predators while screaming and can attack with sharp spurs called “kicking thorns” with their feet.