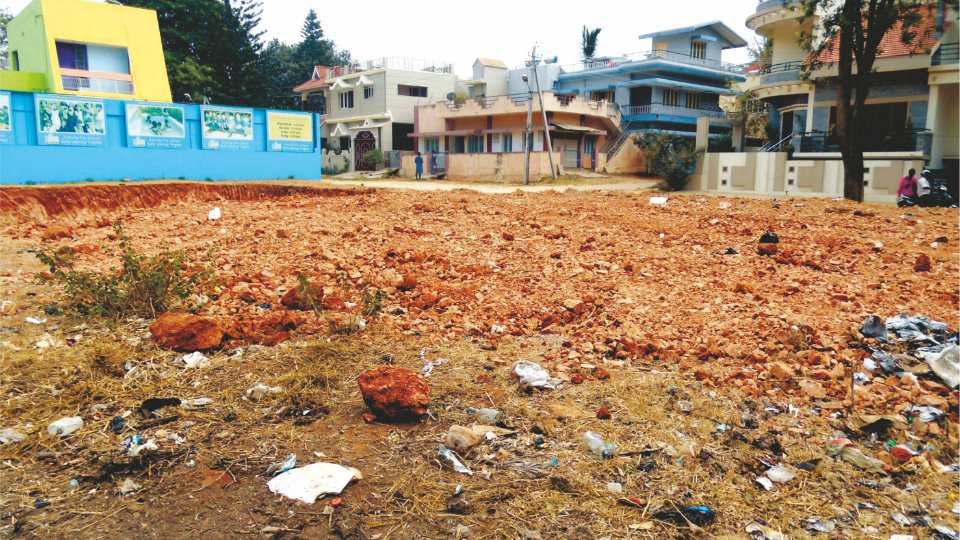 Jain Sangha clarifies:No temple, it is residence for Jain Munis

Speaking to Star of Mysore in this regard, Sangha leader Sampath Kothari said that Site No.105 on Sanmarga is owned by Jain community leader Kailas, who had purchased it a couple of years ago. All records pertaining to the site stands in the name of the site owner Kailas. A few individuals of the community had applied for plan approval to the Mysuru City Corporation (MCC) and the construction work at the site is yet to begin.

As the site was lying vacant for years, debris and other wastes were dumped at the site over the years and the same was being removed along with the loose soil from the site using JCB machine.