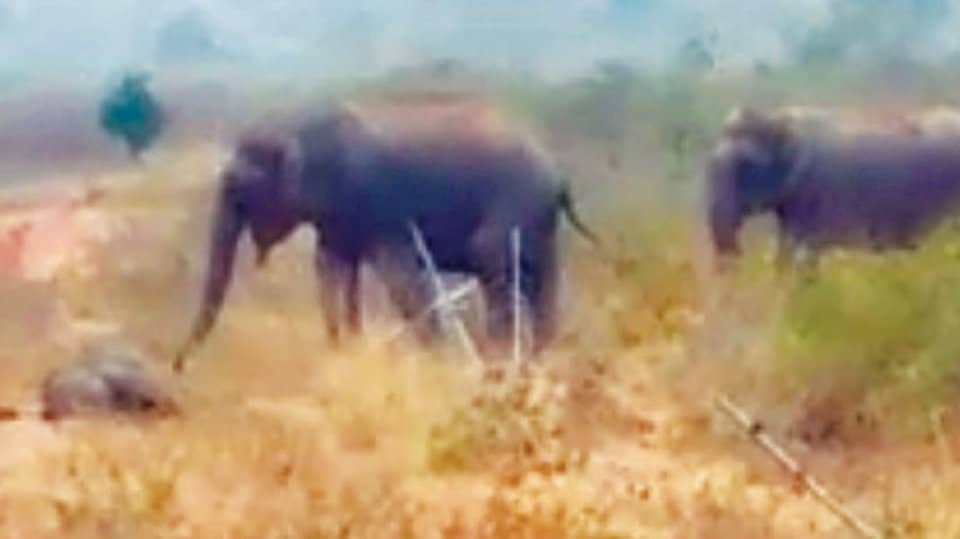 It was heart-rending to see the mother elephant weeping in front of her dead calf while the other elephants of the herd were circling around the body of the calf to prevent anyone from going near the dead calf which was found lying near the lake at Mangala village in Kundakere Range of Bandipur.

The villagers, who found the herd circling around the dead calf, informed the Forest Department officials, following which ACF Ravikumar, RFO Prabhuswamy and staff rushed to the spot, burst crackers and managed to drive the elephants to the forest.

The dead calf was buried after veterinarian Dr. Nagaraju conducted the post-mortem which revealed that the elephant calf was suffering from severe ulcers which had infected the stomach.

It may be recalled that the Forest Department which had rescued an elephant calf from a selfie-craze mob which had separated the calf from its mother at Omkar Range on Jan. 1, died the following day and another calf had died of illness at Gopalaswamy Hill forest range on Jan. 20. This is the third elephant calf which had died this month.