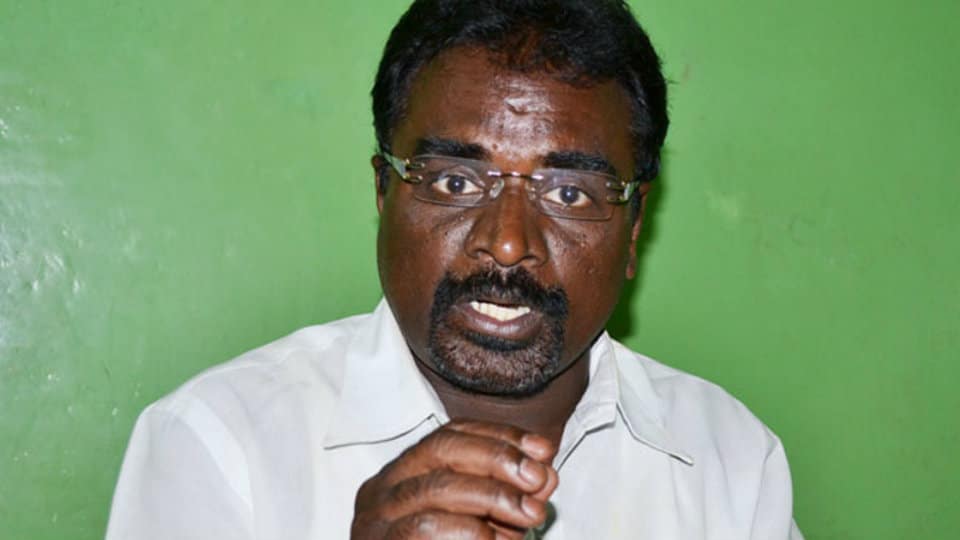 Vijayanagar Police in Bengaluru, who  have booked cases against industrialist K.P. Nanjundi and three others on charges of kidnapping and unlawfully detaining Vijayakumar, Mysuru Branch Manager of Lakshmi Gold Palace owned by Nanjundi, have also arrested prime accused Raju Kariya in Mysuru.

The other accused in the kidnap episode along with Nanjundi are  Rajan and Ramakrishna.

In her complaint lodged with Vijayanagar Police, Alamelu, wife of Vijayakumar, a resident of Bengaluru, has alleged that Nanjundi and his accomplices, who abducted her husband had lodged him at Raju’s office in Devamba Agrahara, Mysuru, for three days without giving food or drinking water. She also said that cops of Vijayanagar Police in Bengaluru, assisted by Devaraja Police in Mysuru this morning rescued Vijayakumar from illegal confinement.

He also claimed that he had not lodged a complaint against Vijayakumar on humanitarian grounds even after learning that Vijayakumar had stolen a 40 gram gold chain and had taken away sarees worth about Rs. 40,000 when he was in-charge of Sarees division and misused Rs. 12 lakh out of a blank cheque given to him.