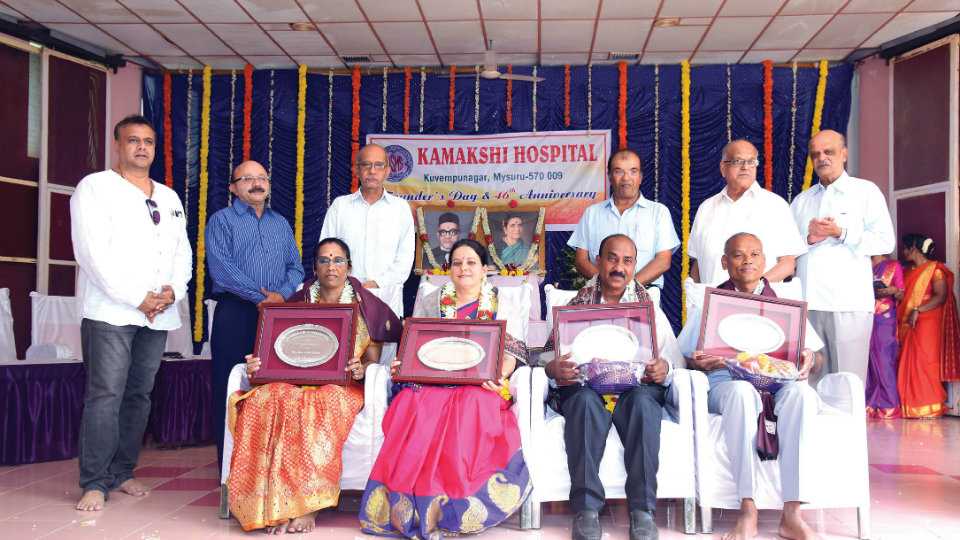 Mysuru: Kamakshi Hospital, Kuvempunagar, completed 46 years of service to the society and to mark the occasion Founder’s Day and Hospital Day was celebrated on June 29.

As a tradition, the Hospital  felicitated the staff who have worked with dedication for the past 25 years at the Hospital.

In addition, the persons, companies who have joined hands with the Hospital to build the  new Kamakshi Hospital at J.P. Nagar, which was recently opened, were also honoured by the Trustees who were present on the occasion and acknowledged their relentless effort in building the Hospital.

The children of the staff who have scored 80 per cent and above in the SSLC and second PUC exam during the academic year 2018-19 were also feted.

Trustees Suresh Rao, Jagannath Shenoi, Vishwanath Rao, Ashok Shenoy and Dr. K.R. Kamath were present on the occasion, according to a press release from Kamakshi Hospital.