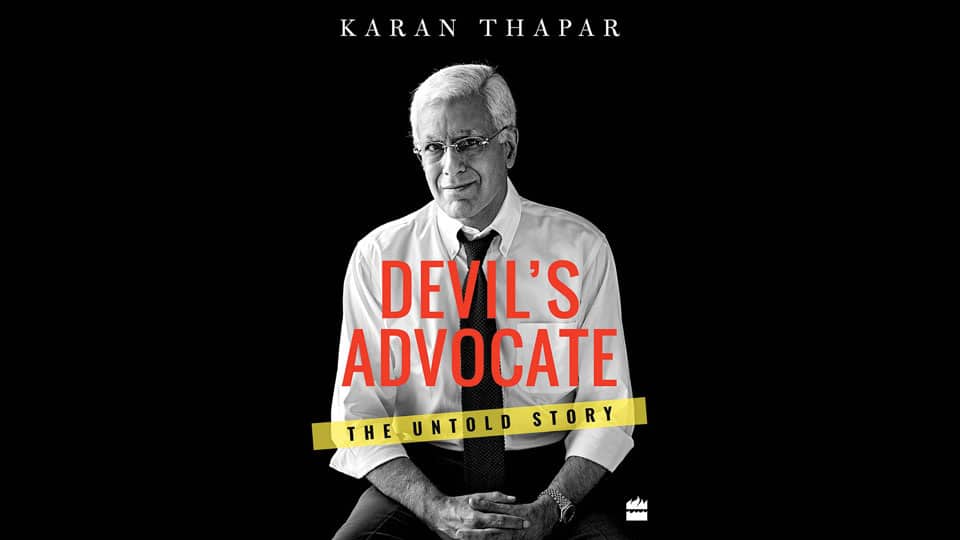 Karan Thapar in city on Aug. 27

Mysuru: Journalist, television commentator and interviewer Karan Thapar will be in city on Aug. 27 for the launch and discussion of his book “Devil’s Advocate: The Untold Story” at Wind Chimes, Nazarbad here at 6 pm.

Entrepreneur Raian F. Irani will launch the book. MP Prof. M.V. Rajeev Gowda will be in conversation with the author.

Karan Thapar is widely known for his path-breaking interviews with prominent politicians and celebrities. He acquired degrees in Economics and Political Philosophy from the Cambridge University in 1977 and went on to become the President of the Cambridge Union.