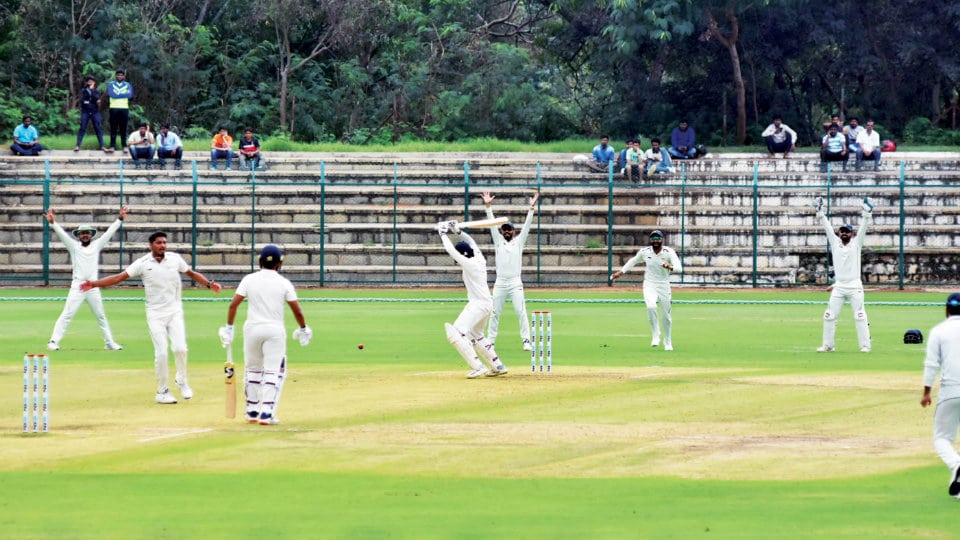 Karnataka will look to consolidate its progress after a decent start in the Ranji Trophy in the 2019-20 season this year and intend to perform well in their match against Himachal Pradesh which got off to a start at the SDNR Wadiyar Platinum Jubilee University Grounds here this morning.

With the inclusion of Mayank Agarwal in the side, the Karnataka team under the leadership of Karun Nair is a confident lot, and intends to do well against Himachal Pradesh who had an outright win against Tamil Nadu in their last outing.

Himachal Pradesh is led by Ankit Kalsi and is also keyed up to give a good performance in this four-day game.

An interesting first day’s play is expected on Christmas Day at the SDNR Wadiyar Grounds.