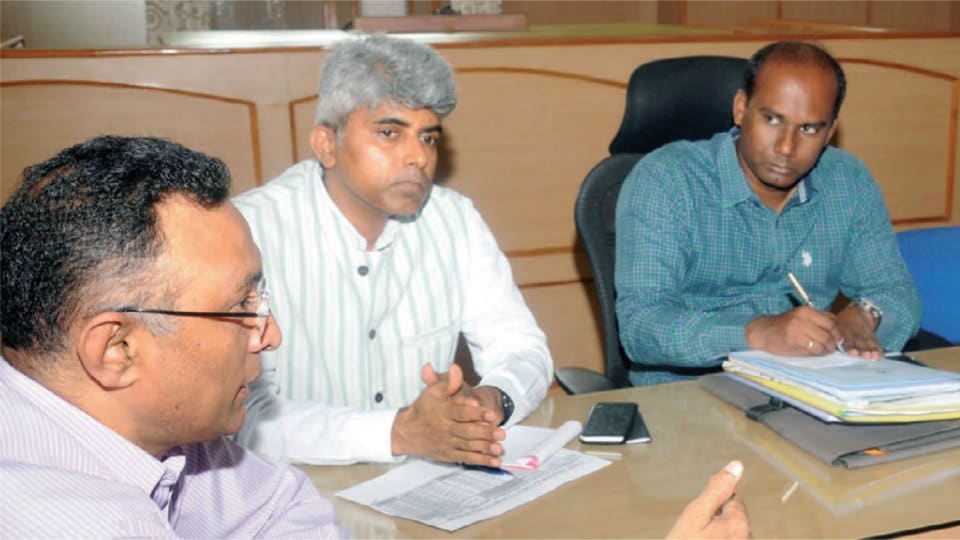 Mysuru: The rising unemployment problem is causing concern and Chief Minister Siddharamaiah has taken a vow to make the State unemployment-free. After having established the Skill Development Department, he has given a fillip to the Department by asking them to identify jobs for the educated youth in multinational companies and vocational training for a few.

It may be recalled that the ambitious programme of creating one lakh jobs by reaching out to unemployed youth under the “Demand Survey and Enrolment of Unemployed Youth,” as part of the Kaushalya Karnataka scheme, was launched by Chief Minister Siddharamaiah in Bengaluru and all districts in the State, including Mysuru, in May this year.

As part of this, the CM is going to inaugurate a mega job mela organised by the Skill Development Department, Mysuru, on July 15 and 16 and has asked the Chairman Muralidhar Halappa to make all the preparations.

Halappa held a meeting at the DC office, here on Friday, regarding this and conveyed the decision of  the Chief Minister. Halappa said that as per the wishes of Siddharamaiah the mega mela will be held at the Exhibition Grounds and the Chief Minister will inaugurate it on July 15 at 9.30 am to mark World Youth Skills Day.

The unemployed youths of Mysuru, Mandya, Chamarajanagar and Kodagu with their documents can appear for the interviews and try to get jobs. Many multinational companies will participate in the job mela, he said.

It is the dream of the Chief Minister to see that more than one lakh unemployed youth get jobs before the end of October. Hence, the Chief Minister wanted to begin this ambitious scheme from his home district and then take it to other districts in the State, said Halappa.

We have already held discussions with the multinational companies regarding the job mela and thousands of youths will get job offers during the mela, he said. DC D. Randeep and other district officials participated in the meeting.

Meanwhile, another Job Mela will be held on the same day (July 15) at 10 am at District Employment Exchange office, District Industries Training Centre, N.R. Mohalla in city.

The job mela will be attended by several reputed companies and industries in Mysuru and Bengaluru. Participating candidates should have completed their SSLC (pass or fail), PUC, job-oriented Course, ITI, Diploma and any other degree. On-the-spot employment will be given to eligible candidates.

For more information, C. Vishwanath, Assistant Director, Employment Exchange Office, may be contacted during office hours or over Ph: 2489972.